Saigon Safari Park in the Planning

It is good news to learn that Ho Chi Minh City is planning a Safari Park especially as it is stated that it will be dedicated to "multiplying rare and valuable species of fauna and flora to contribute to the country’s efforts of environmental conservation". It really would be different if it was to hold only S.E. Asian flora and fauna, but I fear it will not.

Situated as it is in the Cu Chi district it will already have a tourist audience as they already visit other features in the area. As a safari park (I note that the article says that these are sometimes known as a wildlife park...but I don't think so) I do hope it is not modelled on Chiang Mai Night Safari in Thailand, Bangkok Safari World in Thailand, or Koh Kong Safari World in Cambodia, all of which do nothing at all for conservation. Come on Saigon....be different! - Peter 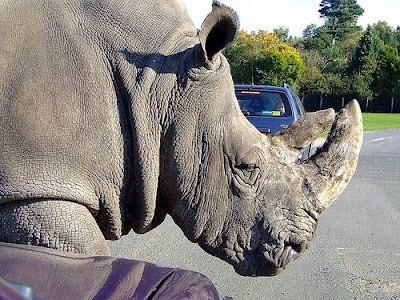 The Ho Chi Minh City Department of Transport is planning to launch a competition in April this year to seek designer for the country’s largest safari park expected to be built in HCMC’s Cu Chi District.

Nguyen Khac Dung, head of the department’s Greenery and Public Park Office, told The Saigon Times Daily on Monday about five foreign design firms had registered to take part in the competition.

The Saigon Safari Park will cover an area of 456 hectares in the suburban district, some 80 kilometers away from the city’s center.

The facility, believed to be the largest ecological tourism and amusement park in the country, will be home to an open zoo, a night safari, an area for butterflies, a botanical collection, a nature museum, a fauna and flora research center, a picnick site, a resort and other supporting facilities.

Cu Chi District had completed land clearance for some 96 percent of the total required area and the remaining work would be complete by the end of this year, Dung said.

In 2009, the city’s authorities completed covering 157 hectares in the project site with plants and another 220 hectares of tree will be grown in the area with a total cost of some VND14 billion (US$ 758,191) this year, the official said.

The safari park is expected to dedicate a large area for preserving and multiplying rare and valuable species of fauna and flora to contribute to the country’s efforts of environmental conservation.

A safari park, sometimes known as a wildlife park, is a zoo-like commercial tourist attraction where visitors can drive in their own vehicles or vehicles provided by the facility to observe freely roaming animals.

The first safari park in Vietnam was opened two years ago on an area of 12.5 hectares in the Lac Canh Dai Nam Van Hien entertainment complex in southern Binh Duong Province.

HCMC currently has 537 hectares of public parks housing 100,000 trees, according to the department.

The public green area per capita in the southern metro of seven million people only reached 0.75 square meters, he said.