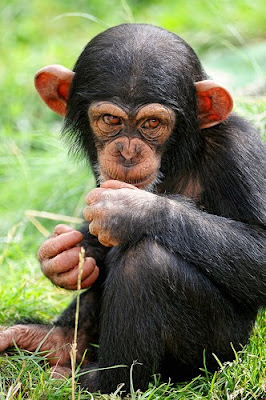 
Chimp at the center of Sarasota DNA case

Eli the chimpanzee will be dressed in a diaper and fitted with a leash before he heads off to court today.


The 13-pound baby primate is at the center of an unusual custody battle in Sarasota County that has triggered some of the same emotions as a custody fight over a child.


The legal showdown centers on whether DNA from Eli should be tested to determine his parentage, similar to tests used in paternity cases.

A Missouri man is seeking to prove Eli's origin because he says Eli was born at the chimp farm he ran with his ex-wife during a bitter divorce proceeding.

If so, James "Mike" Casey says, the $65,000 chimp belongs to him and was taken from his property against a court order.

The local woman now caring for Eli, a handler named Virginia "Gini" Valbuena, counters that the chimp came from a wildlife park in California.

She says she is raising and training it for a Hollywood company. She and the chimp are living in the Sarasota area.

Valbuena says she must bring the chimp to court because it requires 24-hour care, and she cannot find a qualified chimp-sitter who is available at the time of the 11 a.m. court hearing.

Valbuena has promised that Eli will be calm in the courtroom and says that, despite his hairy body, huge ears and protruding mouth, no one would notice the difference between him and an 11-month-old baby "unless they looked closely."

As of Thursday, Circuit Judge Charles Roberts had not ruled whether Eli could come into the courthouse. Valbuena says she will t