Exotic Animals in Private Hands in the UK

Did you know that there were 16 snow leopards, 11 Asian leopard cats, 10 European Lynx, 10 ocelots, 8 clouded leopards, 6 common leopards, 5 pumas, and 4 cheetahs held under the Dangerous Wild Animal Act in the UK? How about Fossa? 72 Crocodilians? 141 Lemurs? There is more..... 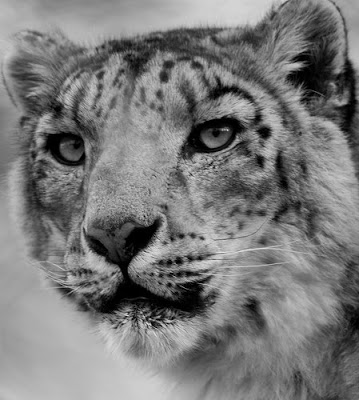 Crocodile is living in a bungalow in Kent


Caesar the spectacled caiman crocodile, who lives with his owner in a converted bungalow in Kent, is one of dozens of alligators and crocodiles kept as licenced pets, according to a Sunday Telegraph study.

Caesar is kept as a pet by retired civil servant Chris Weller, who has moved into the loft of his home to allow the crocodile to roam through other parts of the property eating supermarket steaks and prawns.

More than 4,000 animals are licenced under the Dangerous Wild Animals Act (DWAA), which imposes strict security rules on owners to prevent escapes.

Caesar, who is four years old, is already 4.5ft in length, although his species can live for up to 40 years and reach 7ft.


Mr Weller, 63, bought him in 2007, as a-one-year-old, when he was only 1ft long. He has spent around £20,000 converting the loft and turning the dining room and conservatory of his home in Strood, Kent, into a habitat for the crocodile, with a special pool fitted.

Mr Weller said the downstairs kitchen, bathroom and hallway were "neutral zones", for both him and Caesar.

"He eats meat and fish," Mr Weller said. "He really likes steaks and salmon, tuna and prawns. I get a lot of it from the supermarket, but it is only the budget ranges.

"He comes in the kitchen sometimes. When he is hungry, he will come when I call his name."

Mr Weller has installed a cat-flap device to allow Caesar to move between rooms. Although the crocodile can push the flap himself, for safety reasons an additional shutter is usually in place to control his movements.

"He can push the flap himself but he grunts at me when he wants me to open the shutter," Mr Weller added.

"When I first got him, he was a nightmare. He would take chunks out of me. It was quite painful and there was a bit of blood loss on occasions.

"Now he just lazes about. When I sit on the floor, he will put his head in my lap and I can stroke him. He's as good as gold.

"The neighbours all know about him and are quite happy. They call me the crocodile man."

Mr Weller plans to buy a female crocodile as a companion for Caesar. He also owns Hector, a 12-year-old, 7ft-long Asian water monitor – a species which does not require a licence to keep.

The two reptiles are kept apart, although they watch each other through a glass door. "They don't show any aggression, but they are wary of each other," Mr Weller said.

A remarkable menagerie of 4,296 animals have been registered under the DWAA, with more than 200 species represented, from antelope to zebra.


Of these, 72 are crocodiles or alligators, including seven Nile crocodiles – which can reach up to 16ft in length – kept by an owner in Huntingdon, Cambridgeshire.

Shaun Foggett, a 30-year-old joiner, keeps 14 crocodiles and alligators in outbuildings at his home in a cul-de-sac in Witney, Oxfordshire.

Among the collection are three Siamese crocodiles, which grow up to 7ft in length. Mr Foggett has three children at the property under the age of seven but has no concerns about their safety.

"The oldest boy is already interested in the animals. The crocodiles are all kept safely and securely. There are three sets of locked doors to get to their enclosures," he said.

Cheetahs and camels are among the exotic animals being kept as pets. To obtain a licence under the DWAA, owners must pay between £25 and £1,600, and must convince the authorities that their pets will not be able to escape. They must also be covered by insurance, in case the creatures should attack or kill anyone.

Among the total are 137 wildcats, including leopards and lynx, and the same number of primates, including rhesus monkeys, spider monkeys and crab eating macaques. There are also 372 poisonous snakes.

There is one red panda, living at a property in Chichester, West Sussex. The natural habitat of the endangered species is some 4,500 miles away in Nepal and they are considered "vulnerable" by conservationists.

Another private collector, from near Broxborne, Herts, owns a snow leopard, two wolves, a Mississippi Alligator, a spitting cobra, a gaboon viper, a green mamba, and three cheetahs.

Whilst the figures will reinforce Britain's reputation as a nation of animal lovers, concerns were raised last night about the welfare of some of the animals.

The RSPCA recently called for a total ban on the trade of primates and has expressed concerns over the keeping of other exotic pets. A spokeswoman said: "Unfortunately, a lot of people who take on an exotic animal as a pet are not fully aware of its needs.

"Some wild animals, such as red pandas, have very specific requirements to maintain their health and welfare which may not be feasible in a domestic environment and without very expect knowledge of the species."

DWAA licenses are issued by local authorities and details of the animals kept under the Act have been obtained following a request under the Freedom of Information Act to more than 350 councils in England. Around 120 authorities said they licensed dangerous animals.


Although the legislation is intended for pets or private collections, it also covers wild boar and ostriches, which are farmed commercially, and these two are the most numerous species on the list, with totals of 2,340 and 611 respectively.

The figures do not include animals kept in zoos, circuses, pet shops or for scientific research, which are all covered by other pieces of legislation.

Among the 4,296 animals licenced under the Dangerous Wild Animals Act are: