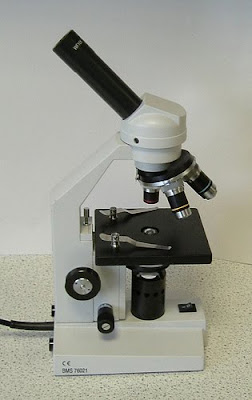 
The finding suggests cross-species infections may be common in zoos world-wide.

A common parasite associated with diarrhea and irritable bowel syndrome appears to be spreading among animals, and from animals to zookeepers, at several zoos worldwide, according to a new study.


The resulting infection, called Blastocystis, has been identified in humans, non-human primates, elephants, giraffes, quokkas (a small, Australian mammal), southern hairy nosed wombats and western grey kangaroos at zoos in Australia, Belgium, Japan, Malaysia, The Netherlands and Spain, and scientists believe the bug is prevalent "in most zoos."

While this parasitic illness is not usually serious, its presence at so many zoological parks, and among so many different species, demonstrates the need for zoos to closely monitor the health of their staff and animal charges.

Levecke, a parasitologist at Ghent University and the Royal Zoological Society of Antwerp, and his colleagues collected fecal samples from zookeepers and various animals at The Perth Zoological Gardens in Western Australia, the Melbourne Zoo, the Werribee Open Range Zoo in Victoria, Australia, and unidentified zoos from Amsterdam and Antwerp.

The study, accepted for publication in the journal Veterinary Parasitology, concluded that the parasite was present in most of the test subjects. Sixty-three percent of zookeepers tested positive and up to 82 percent of certain animal populations were infected with Blastocystis.

Prior studies at Osaka Zoo in Japan, Malaysia's Zoo Negara, Spain's Pena Escrita, and zoos in the United Kingdom and Denmark also reported infections with the parasite, some of which were found in birds.

While it is difficult to determine exactly how the parasite is spreading, project leader Unaiza Parkar told Discovery News, "Blastocystis can be transmitted directly -- contact with infected stool -- or indirectly -- consumption of contaminated food and/or water. Given the housing conditions for the non-human primates, usually four to six primates sharing