Jane Goodall is far from finished

Jane Goodall: 'My job is to give people hope'

It is half a century since she began her seminal work studying chimpanzees in Africa. But Jane Goodall says her work is far from finished


Jane Goodall, grey in complexion but resplendent in a red shawl, is sitting on the sofa in a dimly lit room in west London. The scientist-turned-environmentalist has just arrived from Bournemouth, had a rotten journey, has a hacking cough, but accepts it all stoically, rejecting the suggestion that the heating be turned up. 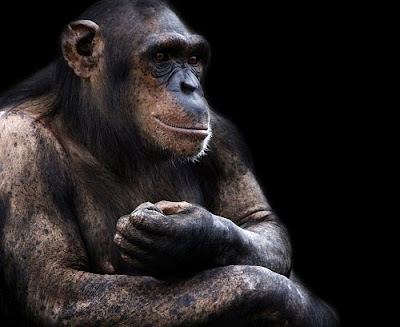 She is here with her talisman, a stuffed monkey called Mr H, given to her by the blind magician Gary Haun ("the Amazing Haundini"), who thought it was a chimp. Goodall, who has a childlike quality, sees a metaphorical significance in a blind magician who is able to pull the wool over the eyes of the sighted. The letter H, standing for Hope, also attracts her.

The world seems to divide into people who are besotted with Goodall and people who have barely heard of her. She is more prominent in the US, where the Jane Goodall Institute (JGI) is headquartered, than in the UK, despite being born here in 1934 and, after half a lifetime spent documenting the lives of chimpanzees in the Gombe Stream National Park overlooking Lake Tanganyika in the far west of Tanzania, now living with her sister Judy in their old family home in Bournemouth.

Our meeting takes place at a flat in Notting Hill that belongs to Mary Lewis, a JGI employee with a cut-glass English accent who appears to run Goodall's life as if it were a military operation. The trigger is a book Goodall has written with two fellow environmentalists: a collection of stories of survival called Hope for Animals and Their World, the written-by-committee feel of which must of course be forgiven because of its subject matter.

Even I, an intermittent eco-worrier, was moved by the battle to save the California condor, and I feel doubly guilty for criticising the book because at the end of the interview she insists on signing it for me: "For Stephen. ­Together we can make this a better world for all. Thank you for helping." Can is underlined, all is both underlined and capitalised.

These days, in her mid-70s, Goodall is more shaman than scientist. She has set aside a planned companion volume to her seminal study The Chimpanzees of Gombe, and instead tours the world preaching the need for sustainability, harmony and respect for the natural world (this makes me worry about the size of her carbon footprint).

It was in 1986 that, at a conference on chimps, she realised the extent of the crisis affecting them across Africa and determined, overnight it seems, on a life as an environmental evangelist. One journalist who has followed her career likens her to a "peripatetic Mother Teresa", and it's a good description: she combines stateliness with a kind of holiness, her religion a predominantly green one.

The message of her new book, with its stories about black-footed ferrets, American crocodiles and whooping cranes, is surprisingly upbeat. "My job seems to have increasingly become giving people hope, so that instead of doing nothing and sinking into depression, they take action," she tells me. "It's very clear to me that unless we get a critical mass of people involved in trying to create a better world for our great-grandchildren, we'd better stop having children altogether." 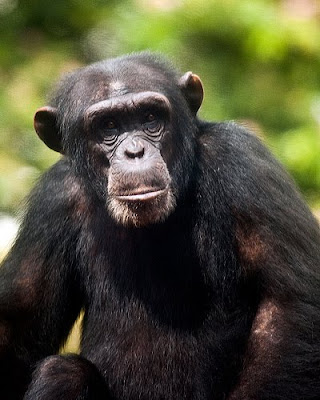 
Goodall has chosen to focus on the heroes fighting – and occasionally winning – individual battles, in the hope of attracting others to participate in a war she does not yet accept is lost. "I've seen areas totally despoiled that have been brought back to life. Animals that were almost gone have, with captive breeding or protection in the wild, been given another chance. If we stop now, everything's going to go.So we have to keep on doing our best for as long as we can, and if we're going to die, let's die fighting." The apocalypse is conjured up in a croaky and curiously detached monotone.

Do governments understand the scale of the crisis? Goodall argues that many are still in hock to "dark forces" – vested interests such as the fossil fuel industry and agribusiness. Politicians, she says, should stop parroting the myth of limitless expansion. "Unlimited economic growth on a planet of finite resources is not possible; it doesn't make sense. I thought this financial ­crisis would help people realise that, but it seems very much like, 'Oh, let's get back to business as usual.'"

Much of her evangelising is directed at the young. Her institute – set up to protect chimps and their habitats ­almost 10 years before that Damascene moment in 1986 – has a dynamic youth wing called Roots and Shoots, which started in 1991 when 16 young Tanzanians met on the porch of her home in Dar es Salaam to discuss environmental issues affecting their lives. Twenty years later, there are groups in 114 countries, with hundreds of thousands of youngsters involved in community projects. After a slow start, it has taken off in the UK in the past couple of years, with 700 groups now participating. But apart from the HQ in Arlington, Virginia, which has 20-plus staff, most of the JGIs that coordinate these projects are shoestring operations, and the institute has been hit hard by the credit crunch. "We're in a financial hole in the US because of the downturn," Goodall admits. "Money that should have come in has been cut."

The organisation had just held a meeting in Belgium to discuss how to dig itself out, and one priority is to recruit an executive director. Is that recognition of a time when someone will need to take over from her? "Of course," Goodall says. "It will probably be a collection of four people taking over from me." Despite the holiness, she is not guilty of false modesty.

The institute today is not just concerned with her beloved chimps. "To me, it was obvious to grow from wild chimps to saving their forest to seeing about their conditions in captivity to working with local people and kids," she says. "You can kill yourself saving forests and chimps, but if new generations aren't going to be better stewards there's no point. That's why I'm so ­passionate about Roots and Shoots."

Until the 1986 conference, she had assumed she would spend her life studying chimps. "It was wonderful out in the forest collecting data and ­analysing it, giving a few lectures, writing books." In her 1999 book, Reason For Hope: A Spiritual Journey, she