Deaths continue as Gaur dies in the Nehru Zoological Park 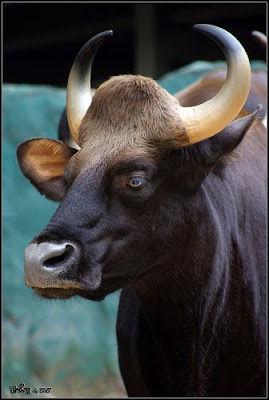 Barely a month after the death of nine nilgai in three days at the Nehru Zoological Park, an Indian bison died here last week.

The bison’s symptoms before it died included high temperature and severe breathing disorder. “This is a disease commonly found among exotic species. We don’t know how the bison got it. Probably, it couldn’t get accustomed to the weather,” a veterinarian said. Rani was brought from Goa’s Bondla zoo along with a male bison, ‘Prem’, four months ago. The animal had immediately caught the attention of visitors as the zoo did not have a bison, also known as gaur, for the last seven years.


Officials at the zoo’s veterinary wing said Rani could not be saved despite three days of treatment. “We are exploring the option of bringing a female bison from Mysore, Goa or Bannerghatta zoos under animal exchange programme,” senior zoo official Sekhar Reddy said. The average life span of bison is about 30 years and their diet in the zoo consists of cattle feed and green grass.


Worried zoo employees have launched efforts to check the possible spread of the disease even as they remained apprehensive over the fate of another male bison here. “Screening of other animals such as sambar and barasingha that stay in close proximity to the bison moat is being done,” a zoo official said. In fact, in the second week of March in the year 2004, three bisons had fallen prey to a disease (Theileriosis) caused by a parasite transmitted by ticks.


Though the zoo authorities have launched a series of measures to protect the animals after the death of theneelgai (antelope), sources said fungus in drinking water or Theileriosis.


The neelgais, authorities said, died due to foot and mouth disease (FMD), a fatal viral infection and contagious disease. “Initially, two neelgais died in December first week and in the next two days, another seven died. The post-mortem by the Veterinary Biological Research Institute (VBRI) had concluded FMD as the cause behind the death of the neelgai,” a senior zoo official said. FMD usually attacks cloven-hoofed animals such as deer, cattle and goat with the air-borne virus spreading fast in the wind.


It may be recalled six blackbucks, all females, had died in the first week of November though they were kept in a separate enclosure for doing research on reproduction to save the endangered species. “The blackbucks died because of internal haemorrhage and trauma,” Sekhar Reddy recalled. Zoo sources said the sensitive animals were not used to even slight disturbance or encroachment from outside sources.

Meanwhile, the veterinary wing has decided to screen all herbivores, particularly the ones staying close to the bison moat, at the zoo. “We will collect the blood samples and send them to Veterinary Biological and Research Institute for analysis. This will help us in checking if any of the other species have been affected,” the official said. Apart from prophylactic steps at the moat, the zoo has

Read Full Story
Posted by Peter Dickinson at 11:04 AM