The long term survival of polar bears is being threatened by man-made pollution that is reaching the Arctic. 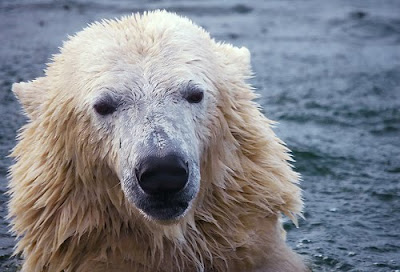 This conclusion comes from a major review of research into how industrial chemicals such as mercury and organochlorines affect the bears.

The review suggests that such chemicals have a range of subclinical effects.

When added together, these can have a dramatic and potentially fatal impact on the bears' bones, organs and reproductive and immune systems.

The review, an analysis of more than a decade's research into the effect ofpollution on bears, is published in the journal Environment International.

A range of man-made pollutants reach the polar Arctic region, carried there in the air and water.


These include toxic metals such as mercury, organohalogen contaminants (OHCs) including organochlorines, and polybrominated diphenyl ethers (PBDEs) and perflourinated compounds (PFCs), which are used industrially in insulating fluids, as coolants, in foams and electronics and as pest control agents.

Such chemicals are often fat-soluble and accumulate in the fat of many animals, which are then eaten by top predators such as polar bears.

These top predators are then exposed to increasingly concentrated levels of toxins.

But the impact of these toxins on polar bears has been difficult to measure, with the only previous studies done by the Arctic Monitoring and Assessment Programme in 1998 and 2004.

That is party because it is logistically difficult to take many and repeated samples of blood or tissue from live polar bears.

Also, only free-ranging healthy animals that are not clinically sick tend to be sampled, making the overall population appear to be healthier than it already is.

So veterinary scientist and polar bear expert Dr Christian Sonne, of the Department of Arctic Environment at Aarhus University in Denmark, conducted the first review of all pertinent research on the health effects of such contaminants on polar bears.


Previously, Dr Sonne was part of a team of researchers which found that "stress" linked to pollutants and shrinking sea ice appeared to be shrinking polar bears.

His new analysis includes the results of more