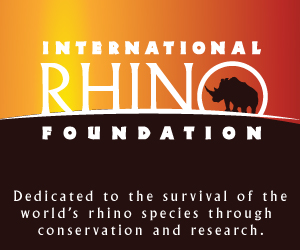 Zimbabwe– This month, Tichaona Mutyairi, a Zimbabwe rhino poacher with the infamous Mazhongwe gang, was sentenced to 17 years in jail after being captured during an exchange of gunfire with the police in October 2009. Although a regional court in the town of Masvingo took a strict stance, punishing the poacher to the full extent of Zimbabwe ’s wildlife and firearm laws, this sentence remains a rare occurrence among captured poachers. 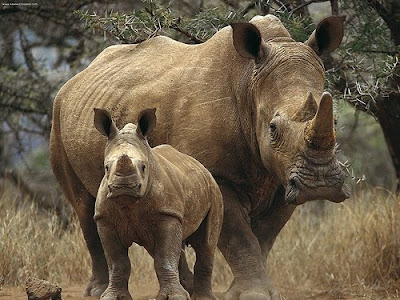 International conservationists are watching the Mutyairi case given the highly varied outcomes in several court cases against members of rhino poaching gangs that have recently been finalized or are still underway.

In previous court cases, many poachers have been released from jail escaping punishment instead of facing strong, consistent sentences that would deter them from hunting down Zimbabwe 's remaining rhinos.

“After so much conservation effort and funding has been ploughed into rhino protection in Zimbabwe , we look to the Zimbabwean authorities to hold up their side of our shared commitment to conserve rhinos,” said Dr. Susie Ellis, executive director of the International Rhino Foundation. “If strict sentences continue to be imposed on poachers, there may finally be a chance that the poachers will start to back off from their all-out assault on Zimbabwe ’s remaining rhinos”.

These court rulings will be put under the international spotlight when Zimbabwe’s track record of rhino conservation is assessed at the March conference of parties to the International Convention on Trade in Endangered Species (CITES). By then, it may be clear if Mutyairi’s recent case is a turning point in the conservation battle or is merely false hope that Zimbabwe ’s law-enforcement officers and court officials have resolved to confront the poaching menace.


The temptation to poach rhinos has been stimulated by weak levels of law enforcement in Zimbabwe . Since January 2008, approximately 40 rhino poachers have been arrested, often through the efforts of private rhino custodians. However, fewer than five of the arrested poachers have actually been convicted for their crimes, which include use of illegal firearms and the slaughtering of the endangered rhino species.

In one failed court case which conservationists found particularly disturbing, a Zimbabwean High Court judge granted bail to a group of poachers who were found with five automatic assault rifles and admitted to killing seventeen rhinos. This ruling overturned another ruling in a more junior court case in which captured gang members were released from jail until sentencing giving them the opportunity to immediately abscond. The same process was followed shortly afterwards in a similar case, allowing two Mazhongwe gang members to vanish into thin air instead of remaining in jail.

While conservationists applaud the professional action of the Masvingo court and the police investigators who built the case against Mutyairi, they worry his lawyer will follow the route of appealing to another court. The financial power of poaching syndicates and the legal antics that have disrupted other convictions could still come into play in this process.

According to the Lowveld Rhino Trust, which monitors and manages rhinos in southern Zimbabwe , approximately 130 rhinos were poached for their horns between 2008 and 2009. The Mazhongwe poaching gang, led by brothers “Big Sam” and Ishmael, are responsible for at least a quarter of these losses. Rhinos are killed for the sole intention of selling their horns on the black market, which are used in traditional Asian medicine to reduce fever. The willingness of emboldened poachers such as the Mazhongwe gang to fire upon law enforcement patrols that interfere with their hunt in Zimbabwe has resulted in a literal war.

“The illicit horn deals provide a relatively good income for opportunists like the Mazhongwe gang trying to survive in Zimbabwe ’s collapsed economy,” said Ellis. “We are continuing our efforts to put pressure on the Zimbabwean government to keep rhino poaching at bay. Only time will tell how the Zimbabwean courts will handle prosecuting future rhino poachers.”

Rhino poaching remains a high-stakes, organized endeavor in Zimbabwe undertaken by everyone from government officials and foreign diplomats to gangs of violent criminals.

About the International Rhino Foundation

The International Rhino Foundation is a global not-for-profit organization dedicated to the survival of the world’s rhino species through conservation and research, and increasing

awareness about the plight of the rhino. To learn more about the IRF or make a direct contribution, visit http://www.rhinos-irf.org/
Posted by Peter Dickinson at 4:47 PM