THE scientific value of zoos is sometimes called into question, but Mark Schrenzel and Bruce Rideout, two experts on wildlife diseases who work at San Diego Zoo’s Institute for Conservation Research, have just shown the value of having a wide range of animals to hand for study. They have been looking at which species might act as reservoirs for influenza viruses and—worse, from the human point of view—which might act as “mixing vessels” in which new strains of virus are generated.

Their work revolved around an analysis of complex carbohydrates found on the surface membranes of cells. These molecules can act as “receptors” for influenza viruses, permitting them to lock onto a cell’s surface and thus infect it.

The two researchers knew from previous reports that H5N1, the avian strain of influenza, makes use of receptors containing an alpha 2,3 sialic-acid linkage, whereas H1N1 strains, such as the swine flu that has spread around the world over the past year, employ the alpha 2,6 sialic-acid bond. They also knew that any species (domesticated swine being one) which carries receptors of both types could act as a mixing vessel. So they set out to find which animals have what. They focused on species likely to encounter waterfowl such as geese and ducks, which are known to be particularly vulnerable to H5N1. 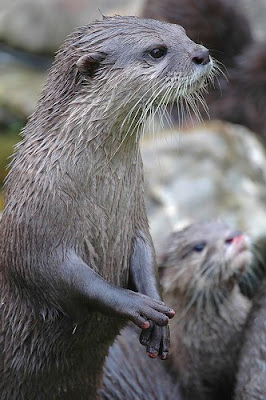 Altogether, Dr Schrenzel and Dr Rideout analysed the receptors of 60 species, ranging from bears and lions to skunks and marsupials. They found that some which were once of considerable concern because they are often around water birds—the European otter, the polar bear, the raccoon and the bald eagle—are unlikely to be infected because they do not carry the necessary receptors. However, several species of small carnivore, such as the arctic fox, the Chinese wolf and the corsac fox, along with the opossum (pictured above), do have the receptor that H5N1 uses, making these animals potential targets for the virus. Most worryingly, the researchers also found several animals, including the Persian leopard, the North American striped skunk and a handful of other small carnivores, that carry both receptors and are thus likely to be dangerous when it comes to viral mixing. 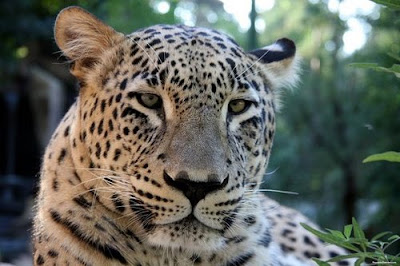 Stopping such mixing in wild animals is well nigh impossible, of course, but the work Dr Schrenzel and Dr Rideout are doing means those charged with watching for new outbreaks of influenza will have a better idea of where to look. Keeping an eye on wildlife in this way is seen by many epidemiologists as an important new part of the armoury. A nice twist, then, that it is helped by a type of scientific institution that some thought obsolete.