'Panty' the Black Panther which was released from the Cordoba City Zoo was found and recaptured after being missing for 27 hours. 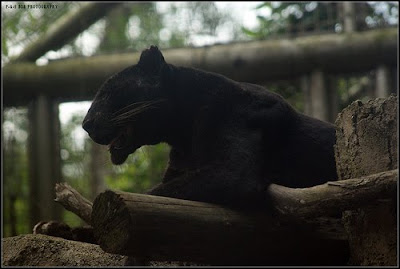 The 14 year old cat was located after an intensive day and night search by 150 troops, police and zoo employees. Eventually it was located in the canyon area of the zoo, quite close to the camel enclosure. It was immobilised with two darts and then netted by police and zoo staff.

There had been plans to use fireworks to scare the animal out from hiding but in the end this did not become necessary.

The Zoo will reopen tomorrow after two days closure.

Municipal Environmental Secretary, Fernando Camara stated that the final capture was quite difficult especially lowering the animal out of the ravine. He added that the cat would now be held under close observation in the zoo hospital before being returned to its enclosure.


Some Footage of the hunt and recapture

Posted by Peter Dickinson at 7:55 PM