The Fall and Potential Rise of Africa's Lion Populations

When I was in Kenya's Maasai Mara, I experienced a beautiful illusion. 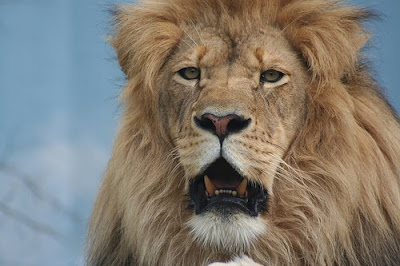 As the sun clawed across the sky, we galloped on our horses through open plains dotted by acacia trees. Everywhere we looked on our multi-day riding safari, wildlife ranged freely and expansively - giraffes, elephants, gazelles, hyenas and on more than one thrilling occasion, lions.

It seemed as if in this part of the world that nature was intact. Predator and prey, vast plains, Maasai herdsmen walking or bicycling (yes) across the open grassland, intermingling with wildlife. It seemed to be a world primal and whole.

But what I saw was as real as a snapshot. I saw a reflection of reality, but perhaps not an accurate reflection, or one that captured a complete picture. The reality is far more complex.

In reality, there has been a sharp and rapid decline in lion populations. A new report points to two strategies that if adopted may help to revive them. In just the last 20 years, scientists say that Africa's lion population has plummeted by about 85%, from about 200,000 to about 23,000 to 26,000. That's not a decline, it's an emergency.

Dr. Laurence Frank, a University of California Berkeley conservation biologist who lives a good portion of time in Kenya studying lions and other predators and devising conservation strategies to ensure their survival, is blunt. He says wild lions may be gone in 10 years.

While lions may be king of the Kenyan tourist economy, they are a threat to herdsmen and farmers. People kill lions for the same reason American ranchers shoot wolves - to protect their livestock. Lion killing also is a ritual passage for young Maasai.

But in his recently released annual report as part of the Living withLions project he helped found, Dr. Frank points to two positive trends:


A CBS 60 Minutes expose on lion poisoning in May led the US-manufacturer to withdraw the poison from the Kenyan market. Furadan, or carbofuran, made by the Philadelphia-based company FMC Corporation, is exceedingly toxic. It's banned in Europe, practically outlawed in the United States, but until the 60 Minutes report, it was easily and widely accessible in Kenya. And until 60 Minutes featured a lion dying on TV, FMC had denied a link between its product and predator deaths. I still wonder about its availability in other African countries.


"Our most important single achievement was the Sixty Minutes piece on lion poisoning, which brought about the immediate withdrawal of the pesticide Furadan from Kenya," reported Dr. Frank. "This action has saved a great many lions, plus countless vultures and other scavengers." 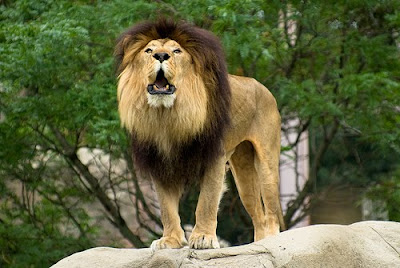 
Harnessing Maasai culture to turn lion killers into lion protectors. The Living with Lions and Lion Guardians programs flip the economics of lion killing to lion protection by both compensating livestock owners for cattle lost to predators, and by paying young Maasai warriors to protect lions. Where spearing lions used to be a traditional rite of passage and mark of prestige, now guarding them is. That's an enormous and clever reversal. Living with Lions is now expanding its programs to other areas of Kenya as fast as it can.

Perhaps a third trend is in play: The power of the web and social media to engage people from all over the world in lion and African wildlife conservation.

Since my Kenya safari, I've visited Dr. Frank in Berkeley, heard him speak in Oregon and I have just received via e-mail his annual report. But the work conducted by Dr. Frank and other conservationists is available every day to be engaged with interactively. View a lion kill, watch the Lion Guardians in action, support their work, all through Web 2.0 tools.

In addition to livingwithlions.org, additional engaging web 2.0 experiences include wildlifedirect.org  (Twitter @wildlifedirect), founded by the