On Dec. 31, a zookeeper surnamed Ming was savaged to death by an adult African lion while he was sweeping the cage at the NanhaiPark in Henan's Zhumadian City. Local authorities are investigating the incident. 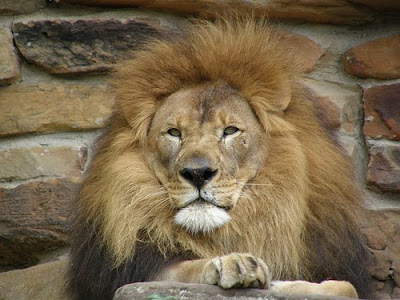 On Dec. 2, keeper Xie Jian, at the Songyang Park in Dengfeng City, was killed by a black bear while feeding the animal. The zoo was ordered to suspend operations and the victim's family was given 120,000 yuan (17,647 U.S. dollars) in compensation.

In both cases, zoo managers blamed human error for the attacks, saying the keepers had not followed usual procedures to drive the animals to neighboring cages to be tightly locked up before entering the first cage.

"That is commonsense for animal keepers. We have offered training, but Ming did not abide by the rules," said Zhao Yanmei, a manager of the Zhumadian zoo.

But relatives of the keepers refused to believe the explanations, saying no proof had been found to demonstrate they had ignored procedures. 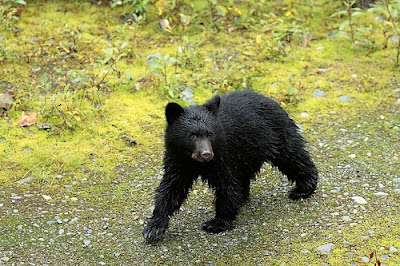 
Xie had worked for two years and Ming for only four days when they died.

Leaving aside the controversy over whether proper procedures were followed, police say they believe the two animals were hungry when the attacks happened, which the zoo managers do not deny.

The zoos -- both privately operated -- have been facing financial difficulties and lax supervision.

The Dengfeng zoo, covering about 2,667 square meters, opened in1999. It has black bears, lions and camels among its attractions.

The Zhumadian zoo, covering about 2,000 square meters, opened in 2000 and has 11 large, aggressive animals, including tigers, lions, leopards, black bears and wolves.

In addition to hunger, the animals' living conditions are poor at the Zhumadian zoo. Two lions crowd into a single cage of about 8 square meters and four tigers live in cages between only 4 and 8 square meters.

The Dengfeng zoo has a poor business record, and its managers have been taken to court by the Songyang Park for contract disputes.

"According to regulations, zoos must receive an annual examination to ensure they are qualified for raising animals. But after the bear attack, investigators found the Dengfeng zoo had not done so for a decade," said an official surnamed Shang, of the Wildlife Protection Department under the Forestry Bureau of Zhengzhou City, which administers Dengfeng.

The forestry authorities were looking into all small zoos in Zhengzhou to see if their operations are up to standard, he said.

Poor conditions for zoo animals can be found nationwide.

China has more than 200 zoos, according to the Chinese Association of Zoological Gardens. But only the large zoos in a few cities such as Beijing and Shanghai receive government funding and attention.

"Privately-run zoos always face difficulties. Their animals are often living in poor conditions and endure the whippings, and many are thin and weak with disease," said Zhu Ke, an education manager of the Animals Asia Foundation, a non-governmental organization based in Hong Kong.

"Private zoos aim for profits and do not pay enough attention to animal welfare. The attacks on keepers are usually caused by hunger," he said.

He suggested that the number of zoos should be greatly reduced.

"If a zoo is to be opened, whether it's private or government-run, the managers should prepare emergency plans to cope with difficult situations."

Prof. Shi Pu, who specializes in economic management at Henan University of Finance and Economics, said zoos should be funded by the government as a public service and private capital should be prohibited.

"Privately-run zoos usually have a small area and limited number of animals, which prevent them from earning profits in a sustainable way. In addition, lack of human resources, animal resources, capital and management capability always lead to a poor business record," he said.

"I think the government should take over zoos in difficulties, for the