I would not describe myself as a 'green' but true enough the Indonesian Tiger Plan appears not to be very well thought out as I remarked yesterday.

I cannot see how renting out a tiger can possibly curb illegal trade and hunting. I have thought long and hard on this. How?

Renting tigers out as status symbols to the wealthy is no assurance of welfare.

Three monthly visits by 'experts' means little if today they are unable to properly monitor the way tigers and other species are kept in some Indonesian zoos.

Size of enclosure does not matter so much as management, hygiene and quality of space.

Being wealthy does not bestow brains so there really is no assurance of 'good food'.

So they are going to be allowed to breed? Animals can be handed back when the novelty wears off? This puts me in mind of "a dog is for life not just for Christmas." Animals are not cars or clothes. They need 100% commitment. If one of these people is prepared to become another John Aspinall then fair enough I approve but it does not sound like it. It smacks of a get rich quick scheme with little thought behind it. They want to start the scheme 'as soon as possible'. Why? Why? Is there some zoo somewhere which is desperate to unload tigers? Which zoo? Why are they holding so many? Have they not heard of breeding management? Are they getting a cut of the cash? Or have they run out of pokey lttle slum zoos on which to dump surplus? - Peter 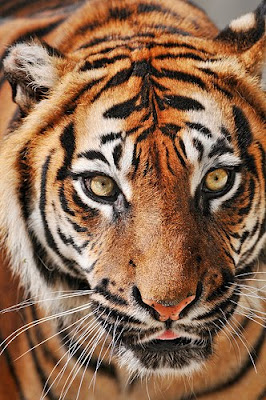 An Indonesian government proposal offering rare Sumatran tigers up for adoption by wealthy citizens has drawn scorn from environmental activists, who say it's the wrong approach to conservation.


There are only 400 Sumatran tigers left in Indonesia, where deforestation has destroyed much of their native habitat and they are hunted for traditional medicines and illegal menageries.

Tiger "adoption" -- where a pair can be rented out as pets in exchange for a 1 billion rupiah ($107,100) deposit -- could help curb illegal hunting and trade, a Forestry Ministry official said on Friday.

"There are many orders from rich people who want them, who feel if they own a tiger they are a big shot. We have to take concrete steps to protect these animals," said Darori, the ministry's Director General of Forest Protection and Nature Conservation.

The tiger "renters" must allow visits at three-monthly intervals by a team of vets, animal welfare officers and ministerial staff.

The animals will come from those already kept in captivity, and must be given cages with minimum dimensions of five metres high, six metres wide and 10 metres (16 feet by 19 feet by 32 feet).

"That's almost as big as my house," said Darori. "And because these people are rich, they will definitely give them good food."

The tigers will remain state property and will be returned to the state if they are no longer wanted, he said. Any cubs the tigers produce will be the property of the state.

Darori said he had received complaints about the plan from 12 environmental NGOs.

"So we have invited them for consultation before we continue with this plan. If we can agree, it will be put into practice as soon as possible," he said.

Check out the Zoo News Digest FACEBOOK Page
Posted by Peter Dickinson at 10:05 AM