Great Ape Trust Zoo to Lose Some Staff and Animals

Fewer members of the public will get to visit Great Ape Trust because of a restructuring that will cut a third of the center's staff and narrow the scientific focus. 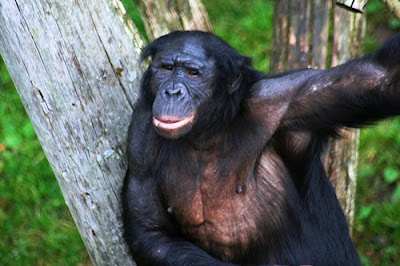 
Spokesman Al Setka said the Des Moines primate research center may host the usual 1,500 to 2,000 visitors a year, but more of them likely will be scientists and students.

The layoffs and change in visitor policies come as the center is negotiating to move most of its orangutans out of Iowa.


When discussions of a new home for the gentle primates began, Blank Park Zoo officials in Des Moines decided they were not interested in housing them.


Setka said the change in visitor policies is occurring because employees need to focus on their research.

"Because of the demand on precious laboratory time, the same number of guests may tour our facilities, but the makeup is likely to include fewer members of the general public and more undergraduate and graduate students, scholars and scientists," he said.

Some potential financial backers are concerned public visits detract too much from research, Setka said.

The tightening of public visits is at odds with the work by lead orangutan researcher Robert Shumaker and trust conservation director Benjamin Beck. The two are known for their work at the National Zoo to open research to public view.

The Great Ape Trust is cutting about 10 jobs from its staff of 30. At one time, there were about 40 workers.

Shumaker confirmed that he is leaving the center and is considering job offers in Iowa and elsewhere.

Another noted orangutan authority, Serge Wich, left earlier for a job at the University of Zurich in Switzerland. He plans to continue to cooperate with the trust on research, said James Aipperspach, the trust's operations director.

The trust now will focus on language research, particularly involving the bonobos, an area that seems most promising for grants, Aipperspach said.

The complex is home to six bonobos, including Kanzi, famous worldwide for his ability to communicate through signs and to understand some spoken English.

Aipperspach said the trust operations were largely controlled by the scientists and suffered from competing interests.

"They had a diverse view of how we should go forward," Aipperspach said. "Conclusions weren't always reached. It was consensus by exhaustion."

William Fields, director of the trust's bonobo research, now will supervise the science and the campus operations, Aipperspach said.

That focus will make it easier to raise money, he said. The new focus will come with an operations budget that is half of what it once was.

The trust will house bonobos, two orangutans and potentially other apes, Aipperspach said.

Nine of the trust's 11 orangutans are expected to move to another facility — likely the Indianapolis Zoo — in 2013, but details are still under negotiation.

Five of the orangutans now live in California; six live in Des Moines.