The Sad and Sickening Story of Erbil Zoo

This sounds a truly horrible little collection which has been set up for all the wrong reasons. I note the proud declaration the the star attraction has been smuggled in from Thailand. Which of course make me wonder which Thai Zoo would sell a Lion cub. The trouble is I can think of several. Read the section on 'Zoos in Thailand' in The Zoo Hubs 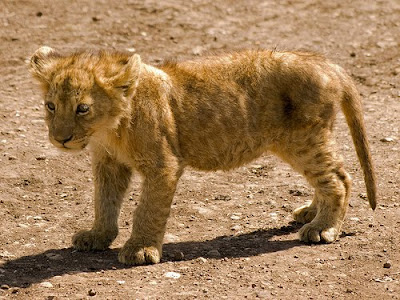 
With too little space and not enough attention to the rare breeds, the zoo near Erbil International Hotel remains an inhospitable place for animals.

As Kurdistan enters an era of development and modernity, areas around the city are witnessing widespread construction of glass-and-metal high-rise buildings, almost perfectly designed green parks, wide roads, and the renovation of historical sites. One area, oddly enough in the heart of Iraq's Kurdistan Region capital, Erbil, looks like it is still left in the Medieval Ages.

More domestic animals like goats and chickens wander freely; few houses in the vicinity of the site resemble 12th-century European village habitats. Trees and plants grow wildly without attention, and there's mud and dirt everywhere. This is the location of Erbil's only zoo, situated immediately behind Kurdistan Region's most luxurious hotel, Erbil International Hotel (referred by most people as the Sheraton), and not frequented by people for almost a decade.

The privately funded zoo, which spans a humble area of only 800 square meters, is part of a neglected and dysfunctional park, Gelkand Park, closed down for several years. Furthermore, what worries most people is the way the animals are treated in the zoo, where more than 200 animals of 40 different species are caged in tight and isolated spaces.

The crown jewel of the zoo, according to its supervisor, is a five-month-old baby lion from Africa. "We have smuggled this lion to Kurdistan through neighboring countries, and most visitors come to our zoo only to watch him," said Nawkosh Saber Mustafa, 25.

Looking scared and ill, the baby lion was brought from Thailand through Syria, and put in a tight cage, inside a small, cold room at the entrance of the zoo.

"I wish someone could free this innocent lion or place him in a larger, more natural environment within a modern zoo," said 12-year-old animal-lover Zana Osman. "He looks exactly like Simba," said Osman, a regular visitor to the zoo, referring to Disney's 1990s renowned animation movie about an African baby lion.

"If Simba could talk, he would surely say he would want his freedom or demand a better place to live where he could move easily. He's so lonely; he doesn't have other lion friends or a mom and dad," commented 11-year-old Dashti Abdullah, another rare visitor of the zoo.

Foreigners staying at the nearby "Sheraton" are some of the few visitors to the zoo. Two American visitors were walking toward the gate of the zoo looking excited. Once inside the small zoo, they seemed shocked and walked out immediately, refusing to comment. "These people are sick; look what they did to that terrified camel," said one of the Americans as the two walked back to the hotel.

The zoo has a single camel originating from Iraq's southern deserts. "We used to have four of them [camels], but we sold them because of the lack of space," said the zoo's supervisor, who also has the responsibility of feeding the animals.

"My uncle [referring to the owner of the zoo], Khaleel Kawani, collects animals as a hobby. He smuggles animals regularly from all around the world. Some of them are not on display right now because of the cold weather," said Mustafa, while feeding a large bear brought from the high mountains of Kurdistan. The fish meal was donated from the nearby luxurious hotel. In fact, food is donated for the animals from the nearby hotel every day.

The main problem of finding a proper location for the current zoo is the clash between the zoo's owner and both Erbil Municipality and Erbil Directorate of Park Engineering. According to the head of Erbil Directorate of Parks Engineering, the zoo's owner has been given (on several occasions) a plot of land to relocate his zoo, but the zoo owner refuses.

"The latest plot we offered Khaleel [the zoo owner] was a large piece of land near the suburb of Banislawa, around 12 km outside Erbil. But he refused because of the distance of the area to the city, fearing he wouldn't get visitors to his new zoo," said Nawzad Adham.

According to Adham, the contract to manage the zoo has expired, which means the owner has to leave the current location immediately.

When the "Globe" contacted the zoo's owner, Khaleel Kawani, he had a different story to tell. Kawani claimed that Adham is the reason the zoo has not been relocated. "He doesn't sign the papers that say our zoo has to be transferred to another location, which included Shanidar Park in downtown Erbil. He refuses to do so?in fact, he never offered us any plots of land for a new zoo," said an angry Kawani. "I would even transfer to Mount Safeen [near the resort town of Shaqlawa, 50 km from Erbil] if they would allow me," he added.

"The Governor of Erbil, Nawzad Hadi, recently summoned me to his office and told me he will allocate me a plot of 9,000 square meters at Papula Park [Butterfly Park] to relocate my zoo. I sincerely hope this will turn into reality," he stated.

"The people at Erbil Municipality and the Directorate of Parks Engineering are greedy; they only give plots in large parks to rich investors building ice rinks, swimming pools, and aerial cable cars. They don't care about poor animals and a zoo," Kawani concluded.

Established in 1996, the Erbil Zoo currently has a limited number of animals on display when compared to other Iraqi, regional, and global zoos.

Besides the lion and the camel, there are bears, crocodiles, deer, gazelles, different kinds of monkeys, and wolves on display. There are plans to bring more animals

Read Full Story
Posted by Peter Dickinson at 11:08 AM