The central zoo in Lalitpur, the only zoo in the country, got a new inmate last evening — a five-year-old tigress brought all the way from Kasara in the Chitwan National Park. The tigress named Narayani will be paired with a tiger that is already in the zoo. 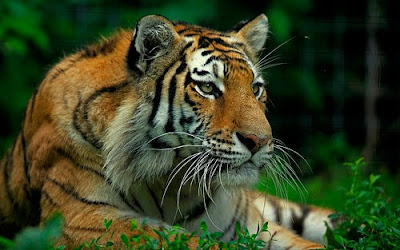 
“The offspring of a man-eater, Narayani was kept in captivity for five years and was brought to the central zoo on Friday,” said Sarita Gyawali, Project Manager of the zoo.

Narayani’s mother, a man-eater, died of wounds she received while government officials tried to capture her. Narayani was under the care of the Chitwan National Park for five years.

“She was in captivity in Kasara, but we needed tigress here at the zoo so we requested the national park to send it to us and she is finally here,” Gyawali added.

There are already two tigers and a tigress in the zoo at Jawalakhel.

“We can accommodate this one (Narayani) but there will be no space for another if brought here in the future,” Gyawali said.

The central zoo covers an area of six hectares and currently houses about 800 animals representing 108 species.

According to Gyawali, the tigress was tranquillised using Katamin and Xylazine and brought in a vehicle to Kathmandu.

However, visitors will have to wait for another two weeks before they can

Read Full Article
Posted by Peter Dickinson at 11:10 AM