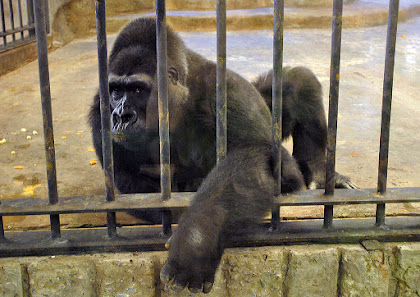 After her success in aiding with moving Kavaan the elephant from Islamabad zoo in Pakistan to a wildlife sanctuary in Cambodia* Cher has now set her sights on getting 'Bua Noi' the gorilla away from Pata Zoo in Bangkok. She has sent letters to the relevant Thai Government authorities. 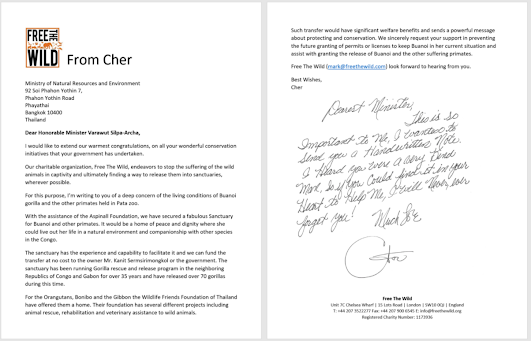 I wish her the best of luck. WAZA failed, Jane Goodall failed, Gillian Anderson and several other celebrities have failed. Annually for at least the past ten years the worlds press have attacked Pata Zoo to no avail.

My last visit to Pata Zoo was in 2019. Nothing much had changed since my several previous visits. More run down than previously. Dirtier too. What really disturbed me was that they now had a Bonobo. This unfortunate animal appeared more disturbed than any of the other primates, and understandably so.

*If Bua Noi is relocated where would she go? I was disturbed to read that some in Cambodia are planning to breed with Kavaan. Cambodia (like Thailand) needs to stop their Orangutan Boxing matches.

Posted by Peter Dickinson at 5:32 AM