Primate Trade in the UAE 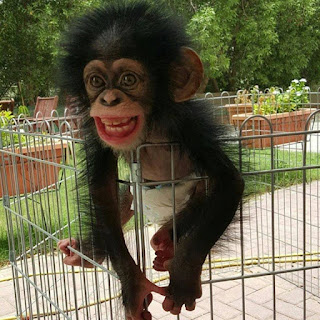 Just two weeks ago ten baby Chimpanzees were smuggled into the UAE. Two of them are already dead. These unfortunate little creatures were taken from the wild to fill the demand for exotic pets from people who have large amounts of money but little or no knowledge as to their origins. There are no Chimpanzee breeding farms. These animals were taken from the wild. Their export is totally illegal. So too is their import to the UAE.

To obtain each of these babies their mothers had to be killed. To get close enough to the dead mother to remove the infant it is highly likely that at least three other Chimpanzees were killed trying to defend the mother and baby.

So at least FORTY animals KILLED to provide these ten infants. It gets worse though because you can almost guarantee that around a third of the babies taken never made it to the shipment. They will have died as a result of injuries as their mothers were shot from the treetops or from trauma,  stress and other complications.

The animals who managed to escape will have to deal with a complete destruction of the family dynamics. It will be a very stressful time and not all will survive.

The dead mothers, brothers, fathers and sisters will not be wasted. Their bodies will be dismembered, the heads and hands turned into macabre tourist trinkets and meat sold as bush meat in local markets. Some of this meat may even be smuggled into Europe where it is sold at high prices in an underground exotic meat market.

Baby Chimpanzee do not remain babies for long. Whilst young they have the potential to pass exotic and dangerous diseases on to their purchaser and their families. As they grow older they can become extremely dangerous and will be well capable of killing or severely injuring a human being. What is going to happen to them? They will be locked away in some inadequate enclosure till they pass away…perhaps 40 years later. Or perhaps the 'owner' will try and donate or sell them to a zoo. The zoos do not want them. They don't want all the problems that come with humanised animals which often display severe mental problems.

Then there are the Orangutans. These too are regularly being smuggled into the UAE from Indonesia. For these too there are NO Orangutan breeding farms. They may go first into Eastern Europe where they are 'laundered' before entering the UAE or the rest of the Gulf. There are NO legal Orangutans in the UAE. None…and yet they appear with celebrities in the local press and even attend in pretty little pink frocks at children's parties. 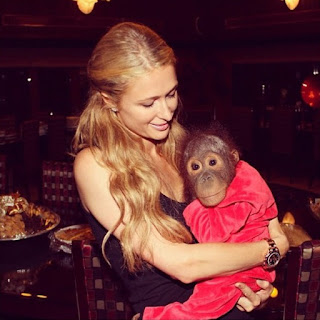 Orangutans do not stay in family groups but for every baby you see in the UAE its mother has died. Often she is shot, sometimes burnt to death and sometimes shaved and sold to cheap Indonesian brothels and tied down to a fate worse than death itself.

There are baby Gibbons too being regularly smuggled into the UAE. Every one of them illegal. Don't be told otherwise. Any paperwork that accompanies any of these animals is forged.

The number of dealers involved in this horrible nasty cruel trade is probably quite small. The authorities need to be made aware of who and where they are. This trade needs to be stopped not just because of the cruelty but because it is hastening whole species towards extinction.

It is possible to repatriate some animals back to their countries of origin and whilst young integrate them with their own kind in rescue centres. They will never see their mothers again.

It matters not at all about how well cared these animals are by the people who 'own' them in the UAE. I am happy they are cared for, loved even, but it does not compensate for the cruelty and loss of life which occurred before these poor little creatures arrived here. A failure to bring the dealers to justice means it will carry on.
Posted by Peter Dickinson at 12:56 PM No comments: 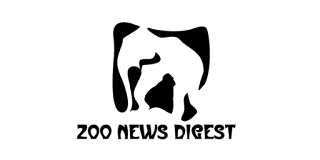 On the 15th February I wrote and published an article 'Disturbing News out of Phú Quốc Safari' based on information I was being sent. I saw this in part as a duty to the zoo community but mainly because I was concerned about the welfare of the animals. This place was obviously not ready to take in stock, it was running before it could walk.

My informants had stated that "over 1000 birds and nearly 700 mammals had died and....around 500 monkeys and numerous birds have escaped into the island".

I believe such figures would concern anyone and they definitely bothered me. Perhaps the stated numbers were exaggerated, perhaps not, because I doubt that without the fullest cooperation of all concerned that we will ever get the true numbers. What is more I would have written exactly the same article based on the figures which the VinGroup now admit to.

My article generated a huge amount of interest from the press, mainly Vietnamese, and I had offers of radio and press interviews from as far off as the US. I turned all of these down (I always do) but no doubt mingled among the genuine were those trying to source where I had got the information. I am not about to give up on my sources.

I suppose, only naturally, there was a denial from Phú Quốc Safari and inspectors that any of this was true. Then they came out with a statement to say “Recent rumors that animals died en masse at Vinpearl Safari Phu Quoc are false,” and Vingroup admitted that more than 100 birds and animals died because of the impact of the long shipping process, which weakened the animals. Also, they were trying to adapt to the new environment, soil and climate.

The distance from Singapore is not so far so this would hardly explain the deaths of the Flamingos.

According to the press release issued on Sunday (Feb. 21), 135 monkeys (originating from Vietnam) weighing between 150gr -200gr escaped from cages, which were designed for larger monkeys.

Now this is interesting because elsewhere they state that these were Long Tailed Macaques which actually weigh around 320gr at birth and 5-7 Kg when adult. So what kind of cage design are we looking at? Furthermore there was no mention of the Hamadryas Baboon, Gibbons and others which also escaped and they neglected to mention.

So 135 monkeys (from Vietnam) escape into an area of forest where they have not previously occurred is going to have a disastrous effect on the local ecology. If the species does occur locally then it is going to be pure hell for the social dynamics. 500 or 135…..it is just as bad and simply not acceptable.

They stated that the twelve giraffes were all fine:
“These 12 giraffes brought from Africa have all adapted well, and none of them have died as reported online,” zoo manager Pham Tuan Linh told Tuoi Tre.

I am delighted that these 12 giraffe are fine but I am told they imported 36. So where are the other 24? The death of any animal is significant and you simply cannot brush the deaths of 24 large animals under the carpet and hope they go away.

said the death ratio of below 5 percent at a new zoo is “normal."

An interesting observation which, I imagine, has a basis of truth. However the time frame is what is significant here. This place has only been open a couple of months. 5% in one or two years would seem more realistic to me. But of course we really have no idea what has died because they won't tell us.

What about the Pangolins? No new zoo should ever move into a species it has no expertise to deal with. Very few collections have managed to maintain the species long term. They are not something to play with. How many Pangolins died?

Phú Quốc Safari are still importing stock. Only recently they have imported Scimitar Horned Oryx, Gaur, Kangaroos, Lemurs and others.

The story of the Rhinos was a huge surprise. Who knew that these 14 animals were already in Vietnam and owned by My Quynh Zoo (a SEAZA member)? This needs a whole new investigation. Where did they come from? When did they arrive? I have seen another report of 16 rhinos but I will give them the benefit of the doubt that there are 14.

It is very difficult to get any information because people are frightened to talk out. I reckon I am going to put any future visit to Vietnam on hold for quite some time.


Posted by Peter Dickinson at 2:29 PM No comments: