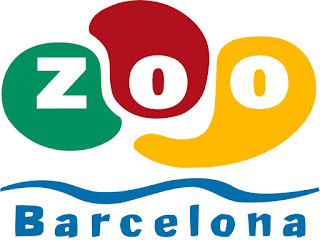 I am sorry to inform you that all the efforts made to date by the zoo have been of little use. Last February 14th the modification of the ordinance of the new zoo model promoted by Zoo XXI was approved. If within a month it is ratified in the plenary session of the city council, it would prevent the Barcelona zoo from continuing to work with associations such as AIZA, EAZA or WAZA in a near future.

Below is a letter requesting support, which we are sending to all the professionals and entities that value our work. At the end of the letter we highlight the points that would make it impossible to collaborate and continue working for conservation, as well as the necessary form to argue against it. In case you want to make a claim, you can fill it out and send it to me so that I can present it following the official administrative procedure.

I hope that the zoo in Barcelona can overcome this bad dream and we can continue working together.

Last February 14th, Barcelona City Council approved the following Normative that will negatively affect the work carried out by the Barcelona Zoo

The rest of the species will stop breeding. Some groups of animals could be sent to other centres or sanctuaries, and those that cannot be relocated would remain in this new zoo model that would become a rescue centre.

Each institution has its own function, and the function of the zoo goes beyond being a rescue centre. The zoos work proactively for the conservation and defence of species, and promote research, knowledge, education and awareness of nature conservation.

A zoo for the future and with a future, it works in a network with national and international organisations and institutions. The reproduction of the species is indispensable for their preservation and well-being. Reproduction is coordinated and controlled by international conservation programmes. The Zoo of the Future needs to continue working for ex situ & in situ conservation, education, and research.

If you agree and wish to support our labour, you can do it by:

-       Sending us your written support
-       Signing the petition: https://www.change.org/p/ajuntament-de-barcelona-el-zoo-de-barcelona-que-volem
-       You can make allegations, that if you send us, we will present to the City Council (attached form)
Many thanks,

BELOW we highlight the points included in this normative that would negatively affect the zoo's own functions and even threaten its continuity in the future. (Complete Normative also attached)

-          The reproduction of animals in the zoological field must be reduced to a limited extent, with the exception of those species that participate in conservation projects in order to release animals.

-          The proposed model promoted that the zoological park acts as a Rescue, Recovery and Relocation (3R) centre, or sheltered if it is not possible to relocate, wild fauna animals from maltreatment, confiscation or injured.

-          To this end, the reproduction of animals in the zoological area must be prohibited, except for those species in danger of extinction that have an in situ or ex situ conservation programme with reintroduction of the individual of demonstrable and quantifiable effectiveness.

-          The zoological park acts as a centre for Rescue, Recovery and Relocation (3R), or shelter if it is not possible to relocate, wild fauna animals coming from mistreatment, confiscation or wounded.

-          This new model explicitly recognizes that the suffering of animals is inherent to their captivity, since it is equivalent to the impossibility of developing natural behaviors. Consequently, all individuals who meet the necessary requirements, established through strict and reliable scientific, veterinary, political and economic protocols, will be transferred to other areas with original habitats, sanctuaries, refuges, reserves or equivalents where they are found in conditions similar to those of their natural environment and ensure a superior quality of life.

-          The promotion of an international net with this reconversion model, where each zoo in the network carries out compassionate conservation programmes in a natural environment,

a) To act as a rescue, recovery and relocation centre, or as a reception centre if there location is not possible, of animals belonging to the wild fauna mistreated, injured, confiscated or found.

Animals that are in an optimal situation to be relocated will be derived to original habitats, sanctuaries, refuges and reserves, or equivalent, where they are found in conditions that present more similarities with those of their speciality in natural state and the guarantee of a superior quality of life.

1.The Park may only incorporate animals that have been confiscated or whose purpose is to assist, recover and relocate or shelter them. Only the exchange of animals with other zoos or institutions will be justified when the animals form part of a conservation project with their reintroduction to the natural habitat of demonstrable effectiveness.

2. Captive Breeding is prohibited, except when the following two requirements are met:

a)These species are in danger of extinction or are subject to special legal protection because they belong to the native fauna.

b)Reproduction is part of a conservation project, according to article 33 bis 1 b, with the reintroduction of the offspring to the natural habitat. The project included a statement on how captive breeding contributes with quantifiable benefits to the conservation of this species.

2. The zoological park must have a space intended to encourage the adoption of abandoned pets and can be a point of delivery of the animal, once the adoption has been managed by CAACB, as well as the reception and adoption of exotic pets abandoned, managed through a voluntary program elaborated jointly with the competent bodies.

The zoological park of Barcelona will act with autonomy and independence from the Guidelines and Protocols for National and International Associations of Zoos and Aquariums of which it is a part. The zoological park will promote the creation of an international network, based in Barcelona, with the strategic focus of reconversion based on the following principles Chapter IV of Title II of the present Order. The Consell Municipal de Convivència,defense and protection of the animals will designate the municipal representative to the Network

The zoo will be fully operational as a centre for the rescue, recovery and relocation or reception of animals, which is compatible with the incorporation of animals provided for in article 33 ter.


Posted by Peter Dickinson at 7:29 AM No comments: