"A Discussion about Poop Soup: The Case for Transfaunation" 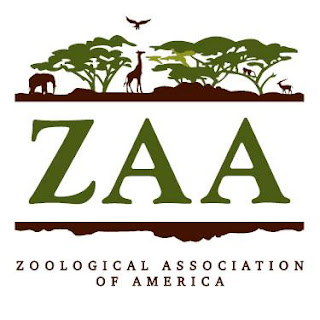 "A Discussion about Poop Soup: The Case for Transfaunation"

We learn new things about our animals, their care and management, and ourselves daily. It is easy to think back to 5 or 10 years ago and recognize how far we’ve come. It is equally as easy to leave some of the ideas (good AND bad) in the past, for that is sometimes where they belong. However, it is equally important to review some of those “old” ideas with the lens of increased knowledge and perspective gained over time (lest we let a good idea go prematurely). The concept of transfaunation (aka – fecal transplant, fecal microbiota transplant (FMT), stool transplant, etc) has been around since the beginning of recorded time in humans, and currently receives attention for specific GI bacterial infections. In domestic animals, it has been used for centuries to treat poor digestion and associated maladies. Recently, we’ve started to become aware of (and employ) the practice across a wide range of taxa in our care. This will be a brief discussion of the practice, some pertinent literature and examples, and how it might be something for you to consider in better managing the health and care of your animals.

Presenter: Mike Maslanka, Senior Nutritionist and Head of the Department of Nutrition Science for the Smithsonian National Zoo and Conservation Biology Institute

Posted by Peter Dickinson at 12:48 AM No comments:

Work to reinforce the population of beavers in Knapdale Forest in Argyll has come to a successful conclusion with the endangered species now more widespread and breeding throughout the area.

Scottish Beavers, a partnership between the Royal Zoological Society of Scotland (RZSS) and the Scottish Wildlife Trust, released 21 beavers into Knapdale Forest between 2017 and 2019 to bolster the population, with monitoring continuing throughout 2020.

The reinforcement project has increased the genetic diversity of Knapdale’s beaver population, which is important for its future survival. The new beavers brought to Knapdale were primarily sourced from Tayside and originate from Bavaria, while the original Scottish Beaver Trial population was sourced from Norway.

A successful pairing between beavers with Norwegian and Bavarian origins has not yet been detected, but it is likely to take place in the near future.

The isolated Knapdale population is now on a more secure footing as a direct result of this reinforcement. It is hoped it will connect with other populations in future, through either natural expansion or further releases in the area around Loch Awe.

“A limited number of beavers were introduced during the Trial so it was important to go back and release more beavers, giving them a good chance to thrive. After three years of fieldwork we can be confident this reinforcement project has been a success, and that we have done all we can to bolster the wild population in Knapdale.”

Dr Helen Taylor, RZSS Conservation Programme Manager said: “Monitoring the beaver population in Knapdale for the past three years and tracking the fortunes of these newly-released animals has painted a clear picture of a steadily growing population that is beginning to spread out into all the various waterways available in Knapdale Forest.

“It’s been fantastic that the project provided an initial solution for moving beavers from high-conflict areas in Tayside into Knapdale, where their positive impacts on the environment and on native biodiversity are clear to see.”

The final report from the Scottish Beavers Reinforcement Project, published today, contains a number of recommendations to secure a long-term future for beavers in Scotland.

These include developing a national conservation action plan for beavers, permitting reintroductions in other suitable areas of Scotland, and widening the ‘founder base’ by introducing more animals from Europe.

As the number of beaver trials in the UK increases, the report makes a number of recommendations for the welfare of animals within these projects. These include developing a genetic database of all beavers involved in translocations within Britain.

The project partners also hope that the Scottish Beavers project can act as a template for efforts to reintroduce beavers responsibly, both in other areas of Scotland and in other countries.

Gill Dowse added: “Encouraging a thriving beaver population in Scotland is an important step towards tackling the crisis facing nature. Bringing them back helps a huge range of other species, from dragonflies to otters. There are also substantial benefits for society, ranging from improved water quality to new opportunities for wildlife tourism.

“To ensure we fully benefit from the return of beavers and minimise future conflicts it is important to develop a clear action plan for the future of this protected species.”

Dr Taylor added: “After a 400-year absence from this country, beavers are back and we need to ensure they have a long-term future in Scotland, and throughout Britain. This means creating clear management strategies for the species that include monitoring both numbers and genetic diversity to ensure we avoid issues down the road.

“We also need to make space for these incredible ecosystem engineers, build a better understanding of where the most suitable release sites for beavers are, and learn to live alongside them once again so that everyone can enjoy the benefits of beavers, while reducing human-wildlife conflict.”

Scottish Beavers is a partnership between the Scottish Wildlife Trust and the Royal Zoological Society of Scotland created to continue the work of the Scottish Beaver Trial, which reintroduced Eurasian beavers into Knapdale Forest in 2009.

The reinforcement took place at the site of the original Scottish Beaver Trial in Knapdale Forest, mid-Argyll, on land managed by Forestry and Land Scotland. The project was licensed by NatureScot, which coordinated the monitoring requirements at the site and funded the trapping of beavers in Tayside for translocation.

The Scottish Beavers Reinforcement Project was supported by funders including players of People’s Postcode Lottery.

Posted by Peter Dickinson at 12:29 AM No comments: