The first edition of the International Zoo Yearbook rolled off the press in 1960. The current edition which is still at the printers will, very sadly, be the last one.

It will be a sad loss to Zoo Professionals the world over though happily today there are several other publications which serve the purpose of disseminating information.

I recall when I started my zoo career back in 1967 that there were very few publications dedicated to the care and welfare of zoo animals. Happily I had access to those first few editions of the Yearbook which I read cover to cover several times.

I then used to purchase each annual edition as it was published until I could no longer afford to do so. 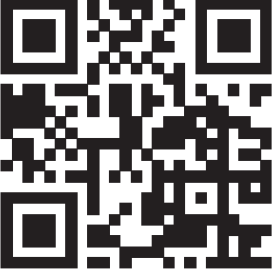 Posted by Peter Dickinson at 10:38 AM No comments: 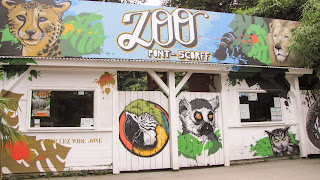 You are reminded that Pont-Scorff Zoo is the collection that was purchased my Animal Rights Activists as a showpiece.

"It's calumny": the Pont-Scorff zoo defends itself after accusations of negligence

A report from the Department of Population Protection points to several anomalies in the administration of the zoo, bought 8 months ago by the Rewild association. She wants to file a complaint for "slanderous denunciation".

Following a visit on June 29, the Morbihan Directorate for the Protection of Populations (DDPP) points out in a report several alleged negligence on the part of the Rewild association, which has been managing the Pont-Scorff zoo for 8 months. She wants to transform this former zoo open to the public into a rehabilitation center for wild species.

A lack of qualified personnel?

First, it says in the report that the zoo is lacking in "capability" for all wildlife. These are people who can take care of different animals. This is a false problem, retorts the association. According to her, there is no longer any need for these capacities because the establishment is no longer open to the public. Likewise, the zoo ensures that it has been in contact for 2 months with a very qualified capacity worker to solve the problem. Because, it is the height, explains Rewild, there has not been any more this kind of people for several years in Pont-Scorff, well before its takeover . Similarly, according to the manager of the zoo, Jérome Pensu, some of his employees are quite "capable" for many species.

Jean-Michel Chappron, director of the DDPP, also notes the absence of an up-to-date veterinary register . " There has simply never been, " retorts the manager of Pont-Scorff, " only a multitude of papers signed by various and varied veterinarians, more than 10. There are prescriptions, medical prescriptions. We have passed months to sort everything, species by species. We are in the process of reconstituting this register ". For him, the job was never done by the previous owners.

2,500 kilos of corpses at the knacker

Among the unclear points of the DDPP report, there are also these almost 2,500 kilos of animal corpses sent to the renderer . The services of the Prefecture do not know where they come from. " When we arrived, the fridges were full of corpses. We had to get rid of them and do the job that was not done, " says Jérome Pensu, the manager. This is without counting the death of Jakob, a rhino weighing 1,300 kilos who died a week after Rewild arrived at the site.

Following this report, a formal notice was sent to the zoo via a prefectural decree dated September 2. He invites the establishment to regularize its situation on October 10, under penalty of criminal prosecution and legal consequences. " It's pure slander. We're going deep into the dirt, " Rewild defends. The association wrote an 80-page audit to describe the situation the zoo was in when it arrived, which it sent to court. At the same time, she intends to request an appeal to extend the deadlines. A complaint will be filed for "slanderous denunciation".

Posted by Peter Dickinson at 7:18 AM No comments: