So Who Did It Right? 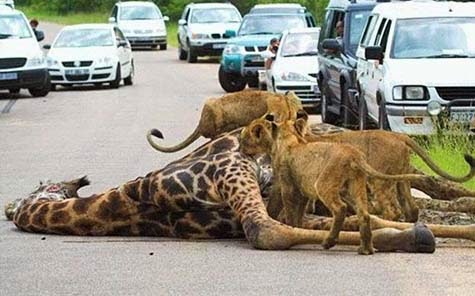 So Who Did It Right?

Currently Facebook and Twitter are ablaze with posts about Copenhagen Zoo's plans to cull a young Giraffe and the news that Longleat Safari Park had recently culled some Lions.

Copenhagen announced their plans in advance and Longleat just went ahead and did it. What was the right approach? Going by the statements made on the internet I believe that Longleat probaby made the right move. It is too late now to have ridiculous offers to 'save' the animals concerned.

In the modern good zoo the species are managed through specimens. No-one would dispute that zoos and their staff care and love the animals they manage but people really do need to see the bigger pictures.....and sadly this includes a lot of ZooKeepers. Euthanasia, Killing, Culling is an important and necessary management tool.

I have tried to quell the online debates by posting links to:

The Good Zoo and Euthanasia

But it has not made a ha'penny worth of difference because the commenters cannot be bothered to read either article. If they did then perhaps they might understand a little better why both collections considered the action they did.

I am surprised to see so many zoo staff making statements which, to be frank, suggest that they really have no understanding of what the good zoo is all about.

Perhaps then Copenhagen was right. Their action has sparked debate and perhaps, just perhaps some people will learn from it. Some zookeepers will have to take their blinkers off first or they will be no better off than the ARA's.
Posted by Peter Dickinson at 9:04 AM