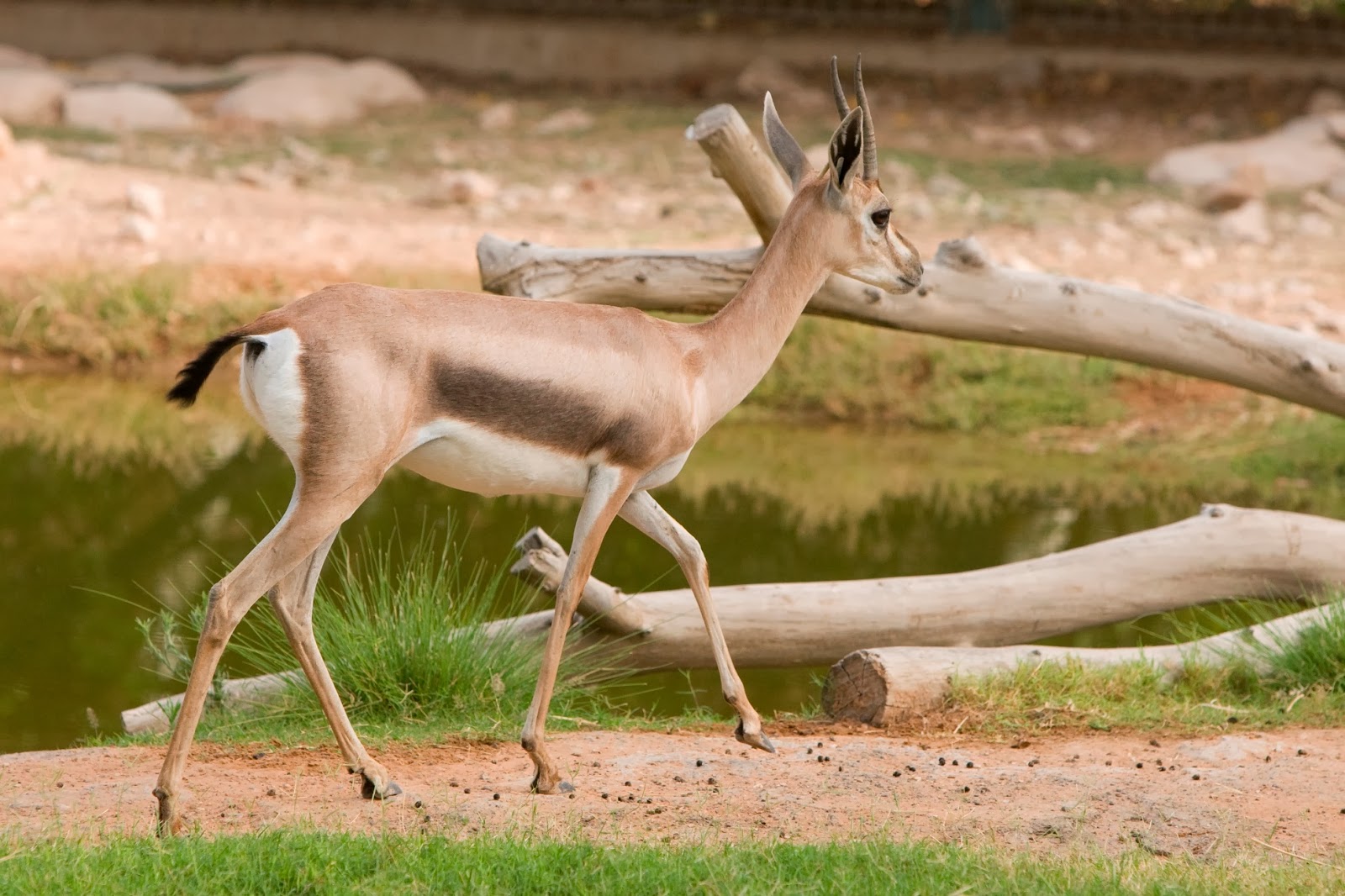 Al Ain, United Arab Emirates, 10 February, 2014:  As a lead organisation in arid wild life and conservation effort, Al Ain Zoo has successfully bred the Speke’s gazelle, following the introduction of two male Gazelles from Wadi Al Safa Wildlife Centre in Dubai. The Speke’s gazelle is classified as an endangered species according to the International Union for Conservation of Nature (IUCN) Red List, issued in September 2008.

Al Ain Zoo’s Speke’s gazelle herd appeared to be derived from a founder group with no new genetic contribution from new founders; therefore the zoo looked to introduce a new blood line in 2013 – two male gazelles from Wadi Al Safa Wildlife Centre in Dubai. After careful coordination between the two organisations, the two gazelles arrived at Al Ain Zoo, initially housed under quarantine conditions for approximately one month, and then introduced to two separate groups of adult females with the purpose of overcoming in-breeding issues and improving the genetic diversity at Al Ain Zoo.

Adult females were divided into two groups, each male gazelle was introduced to a separate group and almost one year since the introduction, Al Ain Zoo Speke’s gazelle population increased from 18 to 30, indicating a successful breeding of 12 newborns from both breeding groups.
Muna Al Dhaheri, Chief Executive of Education and Conservation, commented:

“Al Ain Zoo has long been committed to wildlife preservation and conservation, and collaborating with many organisations that are aligned with our cause helps us work towards a shared goal. The successful breeding of the Speke’s gazelle supports the vision of the late Sheikh Zayed for the UAE to become a leader in environmental sustainability and wildlife protection, including of desert species.”
The zoo has successfully introduced conservation and breeding programs for a number of species over the past decades, including species of oryx, gazelle, the Arabian Leopard and the Houbara bustard. Al Ain Zoo is also a proud member of the World Association of Zoos and Aquaria (WAZA). Strategic partnerships have been set up with leading zoos, conservation agencies and associations from across the world, including the World Conservation Union and Species Survival Commission, Environment Agency - Abu Dhabi, San Diego Zoo, Edinburgh Zoo, the Northern Rangelands Trust of Kenya and the Sahara Conservation Fund.
Posted by Peter Dickinson at 7:33 AM