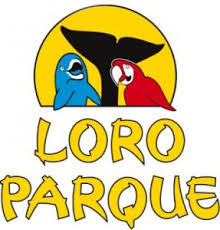 As the world’s animals face what scientists call a “Sixth Mass Extinction,” with up to one million species in foreseeable danger of disappearing forever, extraordinary eﬀorts to preserve the creatures of the Earth are more vital than ever – as are the scientists, researchers and advocates who devote their lives to these eﬀorts.

To award those who achieve signiﬁcant positive change in the ﬁeld of conservation practice, theory, and research, American Humane, the country’s ﬁrst national humane organization, today is proud to launch the Wolfgang Kiessling International Prize for Species Conservation. This award was created in honor of Wolfgang F. Kiessling, the founder of Loro Parque and globally acknowledged leader in the ﬁeld of conservation and will be awarded annually.

“There is simply no higher purpose than that to protect and preserve our world’s most precious asset – animal life. It brings me great honor and pleasure to bestow this award on those who are leading the way in the field of conservation,” said Wolfgang Kiessling, president and founder of Loro Parque and Loro Parque Foundation.

The Wolfgang Kiessling International Prize committee will be led by Wolfgang Kiessling, Christoph Kiessling, Cybell Kiessling, Dr. Javier Almunia, Dr. Robin Ganzert and Brad Andrews. Additional Kiessling Foundation leaders and family members may be elected to the committee as needed. The committee will screen and vote for applicants, ultimately choosing one who will be awarded the Kiessling Prize and a grant of US $80,000 to further their work to make signiﬁcant contributions to the practical application, research and theory of species protection.

“Wolfgang Kiessling is a renowned conservationist and founder of Loro Parque, one of the most well-respected zoological institutions in the world for its beauty, the excellence of its facilities and its incredible work to save species on the brink of extinction,” said Dr. Robin Ganzert, president and CEO of American Humane. “We are thrilled to establish this prestigious conservation award in his honor and hope to inspire generations of fellow conservationists to continue his legacy of leadership.”

Founded in 1972 by Kiessling, Loro Parque was initially created as a paradise for parrots and began its journey with only 150 parrots. The park, located on the island of Tenerife in Spain’s Canary Islands, now has more than 4,000 specimens of 350 different species and subspecies of parrots, demonstrating its outstanding success in boosting the parrot population. Loro Parque is also home to flamingos, cranes, penguins and swans, as well as many species of reptiles, mammals and marine life.

As billions of human beings exhaust the world’s resources, Loro Parque plays a critical role in education, science and conservation. In 2017, Loro Parque became the first zoo in Europe to receive American Humane Certification, reinforcing its recognition as a global leader in animal welfare.

Applications will be open from February 15 through April 15, 2022 and a recipient of the Wolfgang Kiessling International Prize for Species Conservation will be named in May 2022. Applicants can learn more about the prize and submit their credentials by visiting https://humaneconservation.org/kiessling/.

American Humane is the country’s first national humane organization. Founded in 1877, American Humane is committed to ensuring the safety, welfare, and well-being of animals, and our leadership programs are first to serve in promoting and nurturing the bonds between animals and people. For more information or to support our work, please visit www.americanhumane.org. Follow us on Twitter, Facebook, Instagram and YouTube.

ZOO AND AQUARIUM NEWS AND VACANCIES FOR ZOO PROFESSIONALS

Posted by Peter Dickinson at 11:22 AM