Today, Sunday 28th March 2010 an unidentified man in his mid twenties was killed by an elephant in the Byculla Zoo in South Mumbai. 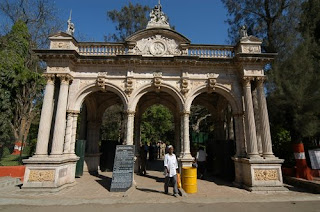 Witnesses said he entered the enclosure by climbing over on e of the rear walls and began to try and attract the attention of the elephants. The two animals in the enclosure 'Laxmi' and 'Anarkali' were quickly alerted.

The young man was attacked and seriously injured. Though quickly removed and rushed to hospital he was declared dead on arrival due to severe head trauma.

Up to now the identity of the man has not been determined.
Posted by Peter Dickinson at 5:47 PM