An Open Letter To Bob Barker 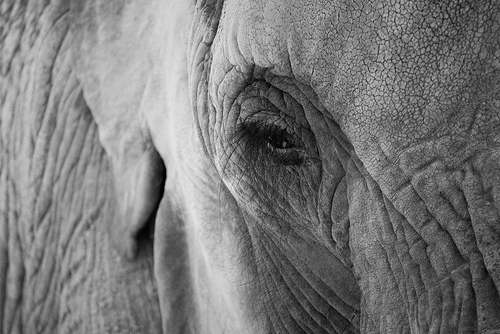 I e-mailed the following message to a CITY-TV station about what I thought about them having Bob Barker on their Breakfast TV show the morning of Friday March 15th and about his comments about Elephants in Zoos and especially about Elephants in Canada, but unfortunately I have received no reply!

I am a long time viewer of BT and while still working at the Toronto Zoo in Public Relations, worked with Jen on several interviews back in “2000 in the Indomalayan Pavilion, plus have worked with several of your videographers and reporters, including the late and great Bob Hunter, among several! I was very disappointed this morning to hear what your “guest” Bob Barker” had to say about Elephants in Zoos and especially the three African females at the Toronto Zoo, especially since during my 21 years of working as a Zoo Keeper, I worked with these three Elephants! As far as I am concerned he knows very little about these great animals other than what the various “Animal rights Fanatics” have told him! Over my career in Zoo’s, starting back in July ‘74, I have visited 235 Zoos, Aquariums, Facilities and Sanctuaries in 21 countries and have worked in 9 countries, I have had the very good fortune to have seen/worked with and slept with more Elephants than Mr. Barker has ever had the chance to come close to equal! “How dare he come to “our country” and try to tell us what “we” should do”! I wonder what would happen if I went to California and demanded that all zoos in the state should send their Polar bears to a Sanctuary in Manitoba or Ontario, because it is obviously “too hot for those poor bears”! If I was lucky I would be running for the border with many armed individuals after me, I would be lucky to escape without being “tarred, feathered and run out of the country duct taped to a rail!

He may have been good at being a game show host, but maybe he should retire in peace and leave Canada and our Elephants alone!

Way back in August of 1974 when the Metro Toronto Zoo opened, they were one of the first Zoos in at least North America to have one of the largest exhibits and also one of the first that did not chain their elephants any time of the day! I truly miss my days of being able to walk around our bull and cows, both inside the Elephant barn and in their exhibit! I remember walking around the exhibit every couple hours with a wheelbarrow to pick up the bi-hour droppings. Quite often I would notice that one of the girls or Tantor (our bull) was ready to take a dump, so I manoeuvred the wheelbarrow so to eliminate me having to shovel the pile into the wheelbarrow! Back then our Elephants were out on and off all winter, depending on the temperature and especially the windshield temperature, if possible we would try to get all out for at least a half hour or more for exercise and fresh air! In all, the Metro Toronto Zoo had four female calves, from ’81 to ’84!

Toka, and Iringa have been her since 1974 and Thika (Thika was the first Elephant to be born in Canada and the fourth African to be born in North America) was born here and this is the life they have only known and moving them thousands of miles away, could possibly kill them and do you really think Bob Barker will really care? They are getting the best treatment by a great group of staff! When I first worked with them back in January of 1981, there were only three of us and at times we had to work by ourselves a straight eight hour shift and during the summer a double shift from time to time, but we loved the job and our Elephants!

The so called “animal rights groups” complain Elephants don’t live as long in captivity than in the wild? Well I have spent time in South-east Asia on three occasions and found that in most countries there is getting to be less and less wild areas for them to room! In Malaysia for instance many years ago all the Elephants on the west side of the country were driven to the east side and what mountains that existed on the west side were be mined and blown apart, I saw this first hand! I have been told that the average age an Elephant lives to in one of these sanctuaries is 35 and if any are over that age, it is because they arrived there when they were over that age!

Instead of minding “our Canadian Elephants” maybe he should stick his old nose into Zoos that have Elephants in the following cold states (not that I want any of them to be harassed!)?!

As for Mr. Barker’s knowledge about whether it be captive or wild Elephants, it is quite obvious to me that he has been given a script to read and that is his knowledge! Over the last 25+ years since I first met my wife, whose job was a computer specialist, has seen more Elephants and knows more about Elephants and a lot of other exotic animals than Mr. Barker will ever know, as well as most of the individuals that he supports for the extra fame since he no longer has a TV show!

Something a lot of people don’t know about one of “these sanctuaries” is about an African bull they acquired from the Penticton Game Farm back in ’73 and died in 2005. In 1978, the acquired a female African from a circus, but rumour has it that they only were put together with supervision, this female died of a heart attack in 2000. There is a book written about him and the weirdo who looked after him, the book is called Elephant Man, by Nomi Baumgartl and Chris Galluccci and published by Firefly Books. I started to read it and finally put it down, because it was just too weird!

Whenever an Elephant dies in a zoo, “they” are all over the zoo, the same when a Keeper gets killed or injured! On the other hand, when the same thing happens at one of their “sanctuaries”, it just fades away! The last Canadian Elephant to be shipped off to a sanctuary from the Vancouver Game Farm died there approximately a year later and nothing was said!

At an Elephant conference I attended back in the late ‘90’s, Carol Buckley, formerly co-founder of the Tennessee Elephant Sanctuary was asked would her sanctuary accept a bull elephant? Her reply was “only a young castrated male”! They have no interested in breeding Elephants for future generations, their plan is to “breed to extinction”!

The following info is part of the work I put together on the history of Elephants in Canada!

Ps
I was also very annoyed and disgusted with his comment about “castrating and neutering elephants”!

Posted by Peter Dickinson at 3:36 PM