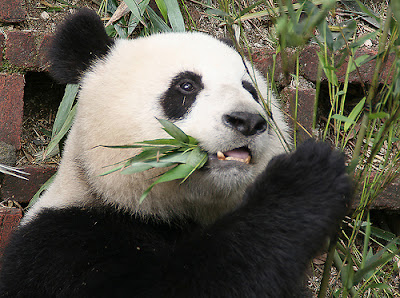 The Royal Zoological Society of Scotland (RZSS) is proud to announce that they are bringing the foremost panda experts in the world to Scotland to develop a worldwide five year Giant Panda Research Project.

From the 10th to 12th September 2013, some of the world’s brightest lights will gather together in the same room for the very first time at Edinburgh Zoo for the Giant Panda Research Symposium. Spearheaded by RZSS, and the next important steps in the conservation charity’s Giant Panda Project, the event will see experts from around the world come together to help to develop a five year giant panda research plan which will have global ramifications on how giant pandas are cared for in zoos around the world and in Chinese reserves. The five year giant panda research plan will centre on five key areas: field ecology, genetic management, artificial breeding and infant panda care, veterinary management and research, then finally cognitive evolution and behavioural research.

Amongst many others, attending will be experts from RZSS, the CWCA (China Wildlife Conservation Association), CCRCGP (China Conservation and Research for Giant Pandas), the State Forestry Association for the People’s Republic of China (SFA), the Chinese Academy of Science and Peking University. Key individuals from panda zoos around the world will also be present, including experts from Smithsonian National Zoological Park, San Diego Zoo Institute for Conservation Research and Memphis Zoo. Researchers and representatives from related UK and worldwide institutions who can bring their expertise to the key areas of panda research will also be in attendance, including key Scottish bodies like the Nutrition and Health at the University of Aberdeen, the Natural History for the University of Glasgow and the Psychology Department for the University of St Andrews.

The Symposium will be officially opened by the Chinese Consulate General Li Ruiyou.

“I am immensely excited that RZSS is spearheading a global research project into giant pandas. The outcome of the Giant Panda Research Symposium, a multi-disciplinary global gathering to come up with a five year programme of integrated research and applied science, should make a real difference to the conservation of pandas and their habitat in the wilds of China. This really is ground-breaking research science at which RZSS is at the heart. The symposium underlines the Society’s aims to continue to be a world leader in conservation, science and education.”

See more on  Zoo Conferences, Meetings, Courses and Symposia
Posted by Peter Dickinson at 6:28 AM