"Prince Charles gets close to virulent red squirrels as furry friends overcome odds"
Gave me a bit of a shock. Either I have a completely different understanding of the word 'virulent' or I need to go back to school. Read the story yourself. 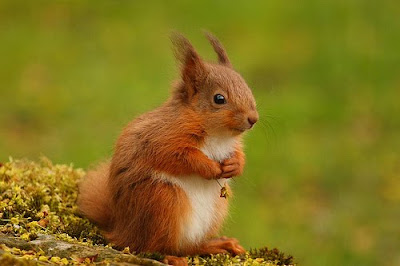 The battle to revive red squirrel populations across the UK took another fleet-footed hop forward yesterday when The Prince of Wales visited Anglesey country house Plas Newydd to see a project re-introducing the beleaguered species to the surrounding woodland.

Wildlife experts at the Snowdonia beauty spot released six virulent squirrels, born at Pensthorpe Wildlife Park in Norfolk and the Wildwood forest park in Kent, into the deciduous nearby hills in October 2008. They bred successfully and are now thriving throughout the area, including sightings across the border in neighbouring Gwynedd.

"Red squirrels haven't been seen at Plas Newydd for more than 20 years but it was once a stronghold for the species, so we know it's a location where they will thrive," predicted Property Manager Jane Richardson.

"People have already reported that they've seen the red squirrels in the garden and we intend to set up a reporting area in the summer house so that visitors can tell us when they spot them."

The breed has been threatened by invading grey squirrels, who carry a squirrel pox liable to decimate their red rivals. Only 160,000 reds have been left to compete with an estimated 2.5 million greys, and property owners The National Trust have taken measures to keep greys

Whatever - I am delighted that the Anglesey Red Squirrel Project moves from strength to strength and pleased too to see the involvement of the zoos at Pensthorpe and Wildwood. 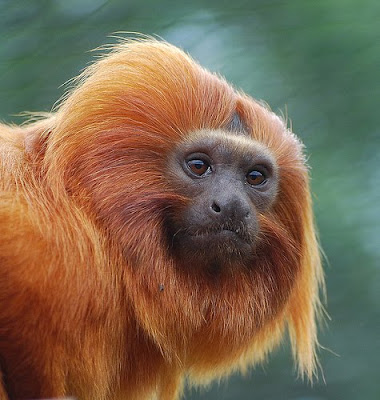