After being first announced in 2012 Dubai is about to start work on their Crocodile Park. The 10 million AED has an expected completion date towards the end of 2016.

Located near the new Dubai Safari Zoo it will offer another attraction for the millions of tourists who visit Dubai each year. Covering an are of some 20,000 square meters in is expected to house around 200 *crocodiles of different species.
It has been stated that the main focus will be upon education which will be a welcome relief from Crocodile Parks elsewhere where the emphasis usually appears to be on teasing them in pseudo shows. The Crocodilians are for the most part hardy and inoffensive animals and require next to no handling.

Khalifa Abdullah Hareb has stated the facility will provide "crocodiles for a hassle free living, interaction and reproduction," and "the crocodile park would strengthen the role of the UAE in the protection of endangered animals."

Mohamed Oueslati goes on further and says "The visitor can discover the various stages of crocodiles natural life such as egg laying, hatching, growing, breeding, family life …etc in various angles of relaxing, crawling, swimming and diving," and added "All activities will be held in the strict respect of the course of the animal natural life without considering any external or artificial element for added attraction,"

Though this will be the first specialised Crocodile Park in the UAE they have been kept here since the 1960's and bred here and more recently in Dubai Mall. 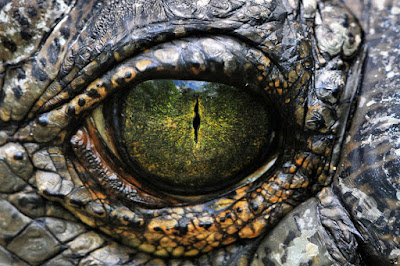 * It has been said that the crocodiles will be imported from Madagascar which has the famed 'Ankarana Cave Crocodiles'. There are other cave dwelling crocodiles in Gabon and Mauritania.

Visit
THE ZOO HUBS
Posted by Peter Dickinson at 10:07 AM