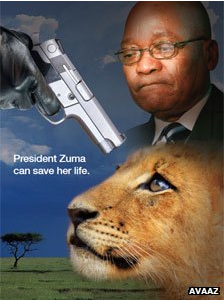 If it is not Rhinos that some African farmers are farming for their horns it is Lions for their bones. They are a sick bunch.

Speculation continues about the tragic accident at the South Lakes Wild Animal Park. I hope we learn the truth. Please take a look at the first link. 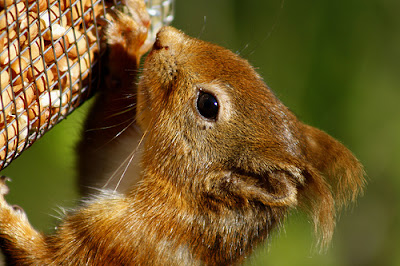 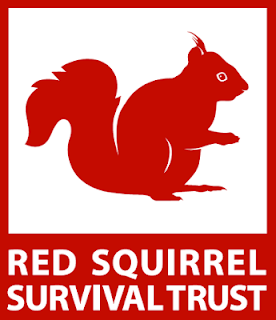 VERY IMPORTANT (I will repeat this several times over coming weeks as I know some people do not read every issue)- After several years my postal address has changed. It is now:

I remain committed to the work of GOOD zoos, not DYSFUNCTIONAL zoos.

Please Think About This
Take two minutes to make a small annual donation to ensure the continuation of Zoo News Digest. Click HERE or on the donate button at the top of the Blog page. Quick easy and simple to do. Donations of any size, small to large are appreciated. In return you will recieve more than 400 important or interesting zoo related postings per year plus notification of vacancies and meetings and symposia.

Looking for a job?
Several new vacancies online
Check out
http://zoowork.blogspot.com/
Got one to advertise? email me


Is your meeting/conference/symposium listed here?
http://zoosymposia.blogspot.com/
If not why not? You want people to attend, don't you? ZooNews Digest is read by more zoo people than any other similar publication. I will advertise up till the event.

Please visit the
Zoo Professionals Book Store for more
if you are looking for books for yourself or as gifts.


Wild lynx to be brought back to British countryside
Wild lynx could be allowed to roam the British countryside for the first time in almost 1,000 years under plans by a group of leading wildlife experts.
Senior biologists and cat specialists are this week due to apply for a license to reintroduce the cats, which can grow up to four feet in length, into an area of forest on the west coast of Scotland.
Under the plans, which have been backed by officials from the International Union for Conservation of Nature (IUCN), two pairs of Eurasian lynx would be brought to this country from northern Europe.
A new charity, the Lynx UK Trust, has now been set up by the biologists to oversee the project. They are to submit an official application for a permit to Scottish Natural Heritage, which regulates species reintroduction in Scotland.
The initial reintroduction would act as trial to see whether lynx could then be reintroduced to other areas of the country including parts of Wales and northern England.
The plan, however, is expected to be controversial with farmers and some land owners, who will see the lynx a
http://www.telegraph.co.uk/earth/wildlife/10080527/Wild-lynx-to-be-brought-back-to-British-countryside.html


Santa Cruz Island foxes back from the brink of extinction (Photos)
Nestled among California's Channel Islands you'll find Santa Cruz Island, home to pristine chaparral, sea caves and the island fox: a small, fuzzy relative of the gray fox found only on the Channel Islands. But just 15 years ago you'd have a hard time tracking one down — fewer  than 100 foxes lived on the island in 2000.

On a Monday morning, a dozen reporters and I boarded a boat headed for Santa Cruz Island. The Nature Conservancy and National Park Service — the island's two landowners — were taking a victory lap celebrating the conservancy's five-year effort to bring back the tiny island fox.

The island — just 20 miles off the coast — is the largest of California's Channel Islands, roughly three times the size of Manhattan. Although it's largely uninhabited today, that wasn't always the case. In fact, as recently as 1984, the island was home to several farms and ranches. Today it’s home to a few rangers, researchers and the occasional hiking group.

Christie Boser, a biologist for Santa Cruz Island with the Nature Conservancy, is guiding us to demonstrate what's becom
http://www.scpr.org/programs/offramp/2013/05/24/31940/santa-cruz-island-foxes-back-from-the-brink-of-ext/

Cheetah owners in UAE can help save species from extinction
Cheetahs kept by private collectors could help efforts to save the species from extinction, according to a leading conservationist.
Several wildlife centres in the UAE already participate in international captive breeding programmes. However, Dr Laurie Marker, one of the world's top experts on cheetahs, says individuals with one or two animals also have a part to play.
Dr Marker, who lives in Namibia, is the founder and executive director of the Cheetah Conservation Fund, which operates a number of initiatives to protect the animals.
She is the keeper of the international cheetah stud book that is used to plan captive breeding programmes. Animals from different collections around the world are brought together to mate, according to a schedule designed to maximise the genetic viability of the total captive population.
"We've helped the world to develop a cooperative programme to manage the animals properly, to care for them properly and communicate about their animals," said Dr Marker. "Thi
http://www.thenational.ae/news/uae-news/cheetah-owners-in-uae-can-help-save-species-from-extinction

Cheetah in the United Arab Emirates

SA farmers fingered in lion smuggling
South African lion breeders are alleged to be part of an illegal network smuggling lion and cheetah cubs from Botswana to stock their farms.
At least five South African lion farmers have been fingered in investigations in which lionesses are killed in Botswana and their cubs smuggled to lion farms in South Africa, where a multimillion rand industry caters to the international trophy-hunting market.

"I don't want to say lion breeders as a whole are involved but there are definitely five or six people that I know of," said conservationist Sarel van der Merwe, chairman of the African Lion Working Group.

About 700 lions are killed in trophy hunts in South Africa each year, with the average price for a lion hunt being R360000, said Adri Kitshoff of the Professional Hunters' Association of SA.

There are about 160 lion-breeding farms in South Africa in which up to 5000 animals are held in captivity, according to Fiona Miles, of international rescue organisation Four Paws.

The hunting of captive-bred lions and the extremely lucrative trade in lion bones with Southeast Asia is legal in South Africa, despite mounting pressure for both activities to be banned. Wildlife experts believe that the canned hunting industry fuels the illegal cross-border trade in lions.

Botswana is known for its strict conservation policies. President Ian Khama, a keen conservationist, has decreed a total ban on hunting from January.

According to a report in the Botswana daily newspaper Mmegi, the trade in lion involves live animals, skins, trophies and game meat. Big cats from Botswana are fed into the "canned hunting" industry in South Africa.

"Everybody knows what is going on," said Van der Merwe.

"The guys in the Problem Animal Control Group (a government body thatdeals with "problem" predators in Botswana) all have cellphones. Instead of reporting problem animals to their superiors, they call farmers in South Africa."

If the problem animal is a liones
http://www.timeslive.co.za/thetimes/2013/05/27/sa-farmers-fingered-in-lion-smuggling

Secrets of the bone trade told
On the farm of Nico Roux in Heilbron in the Free State lies a magnificent eight-year-old white lion male - with piercing blue eyes and light-golden mane.
He is one of about 5000 captive-bred lions in South Africa but, partly because of his colour, and, partly because of the plans of his owner, he will hopefully never end up in the sights of a hunter.

He is probably worth more alive and as a tourist attraction than as a target for trophy-hunting.

"The hunter wants the wild lion," said a hunting expert who asked not to be named.

The hunting of animals bred in captivity is controversial, but as one lion farmer described it, to farmers, the keeping and breeding of lion to sell for hunting purposes are the same as breeding sheep.

"If it pays it stays," said another.

On a more frequent basis, lion bones are exported to Southeast Asian countries, to be processed into cocktails like "lion bone wine", which is used to heal aches and pains like rheumatism, and increase virility.

On the roof of a shed next to his ho
http://www.timeslive.co.za/thetimes/2013/05/27/secrets-of-the-bone-trade-told

They were captive born from a facility in South Africa, arriving April 17 and will be a permanent exhibit at the zoo.

White Lions are extremely rare and have not been seen in the wild in more th
http://www.bulletnewsniagara.ca/2013/05/26/four-white-lions-arrive-at-safari-niagara-contest-to-name-them-launches-monday/

South Africa: Zuma-lion bone advert contested by Avaaz
A campaign group has taken court action in South Africa over the removal of an advertisement urging President Jacob Zuma to ban the trade in lion bones.

The advert, showing a lioness looking down the barrel of a gun with Mr Zuma in the background, was removed from the main airport in Johannesburg last year.

Asia is a lucrative market for lion bones, used in traditional medicines.

Official statistics show that South Africa increased its export of lion bones by 250% between 2008 and 2010, Avaaz says.


African elephants to reproduce in Beijing
Female African elephant Zhouzhou prepares for her trip to Beijing to mate with the male elephant Zhuangzhuang, at the Nanning Zoo, Nanning, South China's Guangxi Zhuang autonomous region, on May 24, 2013. Two 18-year-old female elephants, Feifei and Zhouzhou from the Nanning Zoo, both weighing 2,000 kilograms, will be moved to the Beijing Zoo to mate with Zhuangzhuang. Zhouzhou will travel from Nanning in a 13-meter "wedding cage" and Feifei will travel from Liuzhou, South China's Guangxi Zhuang autonomous region. Zoo employees hope the reproduction of elephants can add to the population of the endangered African species.
http://usa.chinadaily.com.cn/china/2013-05/27/content_16536842.htm

Zoo challenged over keeper’s death as police say tiger had escaped
A woman who died after she was mauled by a Sumatran tiger in a zoo in Cumbria could have been dragged by the animal into a pen, police have said.

Sarah McClay, 24, died on Friday when she was attacked by a tiger at South Lakes Wild Animal Park in Cumbria.

The news appears to contradict the zoo's version of events which sparked an angry reaction from Ms McClay's family over the weekend as they rejected suggestions from the park owner she had died from an "error of judgement".

Cumbria Constabulary said the tiger escaped from its pen and attacked the 24-year-old zoo worker in the staff area which animals are not supposed to enter, adding there was no suggestion of "foul play or any issue of suicide or self-harm".

David Gill, the park owner, had said there was "no reason" for Ms McClay to be in the big cat enclosure and that she died from a "sad error of judgement and breach of protocols."

Posted by Peter Dickinson at 4:22 AM