Highland Wildlife Park voted the best day out in Scotland 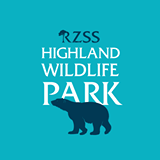 Highland Wildlife Park voted the best day out in Scotland

RZSS Highland Wildlife Park has been named by the public as the ‘Best Day Out’ in Scotland at the 2017 Scottish Hospitality Awards.

The second Scottish Hospitality Awards were held on the evening of 26  June at the Crowne Plaza, Glasgow, with members of the RZSS Highland Wildlife Park team in attendance to receive the award. The award recognises and rewards those within the hospitality industry that work hard to give their customers the very best experience.

“With many of our endangered species giving birth and a record number of visitors, there has been lots to celebrate.  It’s fantastic to have our team’s hard work recognised on a national level and to highlight the Park as a wonderful day out.”

RZSS Highland Wildlife Park has been open to visitors for over 40 years, having been established in 1976. Based in the spectacular setting of the Cairngorms National Park, it is home to over 200 rare and endangered animals, some of which you cannot see anywhere else in Scotland. RZSS Highland Wildlife Park welcomed over 136,000 guests last year to view some of the world’s rarest and most endangered animals in naturalistic enclosures.

The Park excels in bringing visitors closer to nature, by creating a raw and authentic Highland adventure. These amazing, close-up animal encounters, together with talk programmes and animal feeds hosted by the Park’s expert keepers, give our visitors the opportunity to engage with the world of animals in a completely unique way. From amazing Amur tigers to playful polar bears, the site cares for many threatened species and provides a visitor experience which truly inspires.

RZSS Highland Wildlife Park is owned by the Royal Zoological Society of Scotland. RZSS is one of Scotland’s leading conservation charities, working both here in Scotland and in over 20 countries around the world. Our mission is to connect people with nature and safeguarding threatened species.


How to Advertise Vacancies on Zoo News Digest
Posted by Peter Dickinson at 1:29 PM