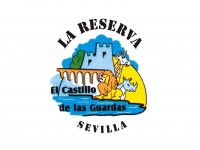 
Rumors have abounded since Monday 24th April but as yet I am unaware of the tragic story appearing the press anywhere.
Tragedy struck the bachelor group of elephants at La Reserva del Castillo de las Guardas near Seville in Spain. Six out of the seven animals has succumbed to some sort of poisoning. The exact cause has yet to be confirmed but it is believed to be botulism.


My sincere condolences to the keepers of these wonderful animals. Losing one is bad enough but six must hurt very badly.